NASA says the Arctic is ‘greening’ 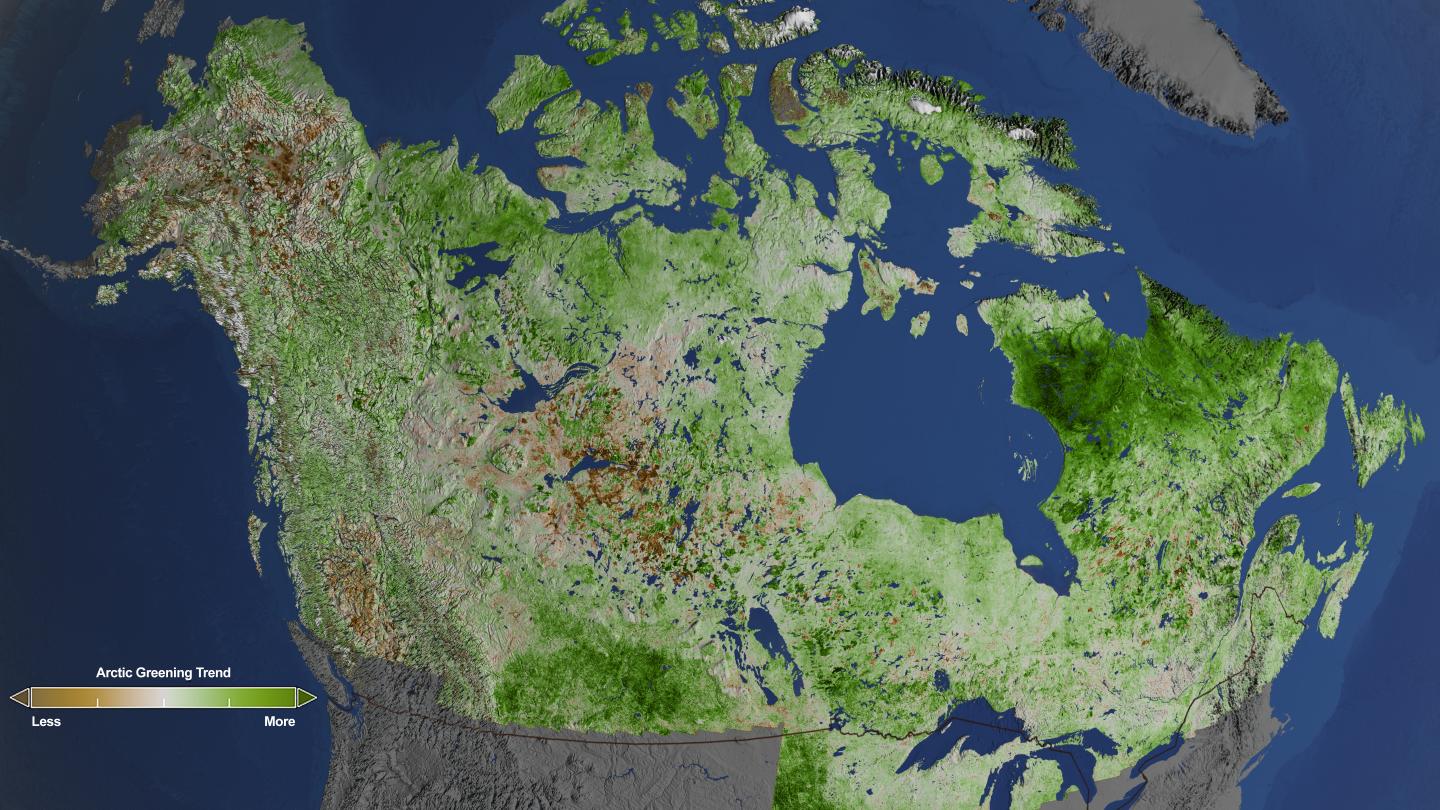 Using 29 years of data from Landsat satellites, researchers at NASA have found extensive greening in the vegetation across Alaska and Canada. Rapidly increasing temperatures in the Arctic have led to longer growing seasons and changing soils for the plants. Scientists have observed grassy tundras changing to scrublands, and shrub growing bigger and denser. From 1984-2012, extensive greening has occurred in the tundra of Western Alaska, the northern coast of Canada, and the tundra of Quebec and Labrador.


NASA scientists used almost 30 years of data from the NASA/U.S. Geological Survey Landsat satellites to track changes in vegetation in Alaska and Canada. Of the more than 4 million square miles, 30 percent had increases in vegetation (greening) while only 3 percent had decreases (browning).