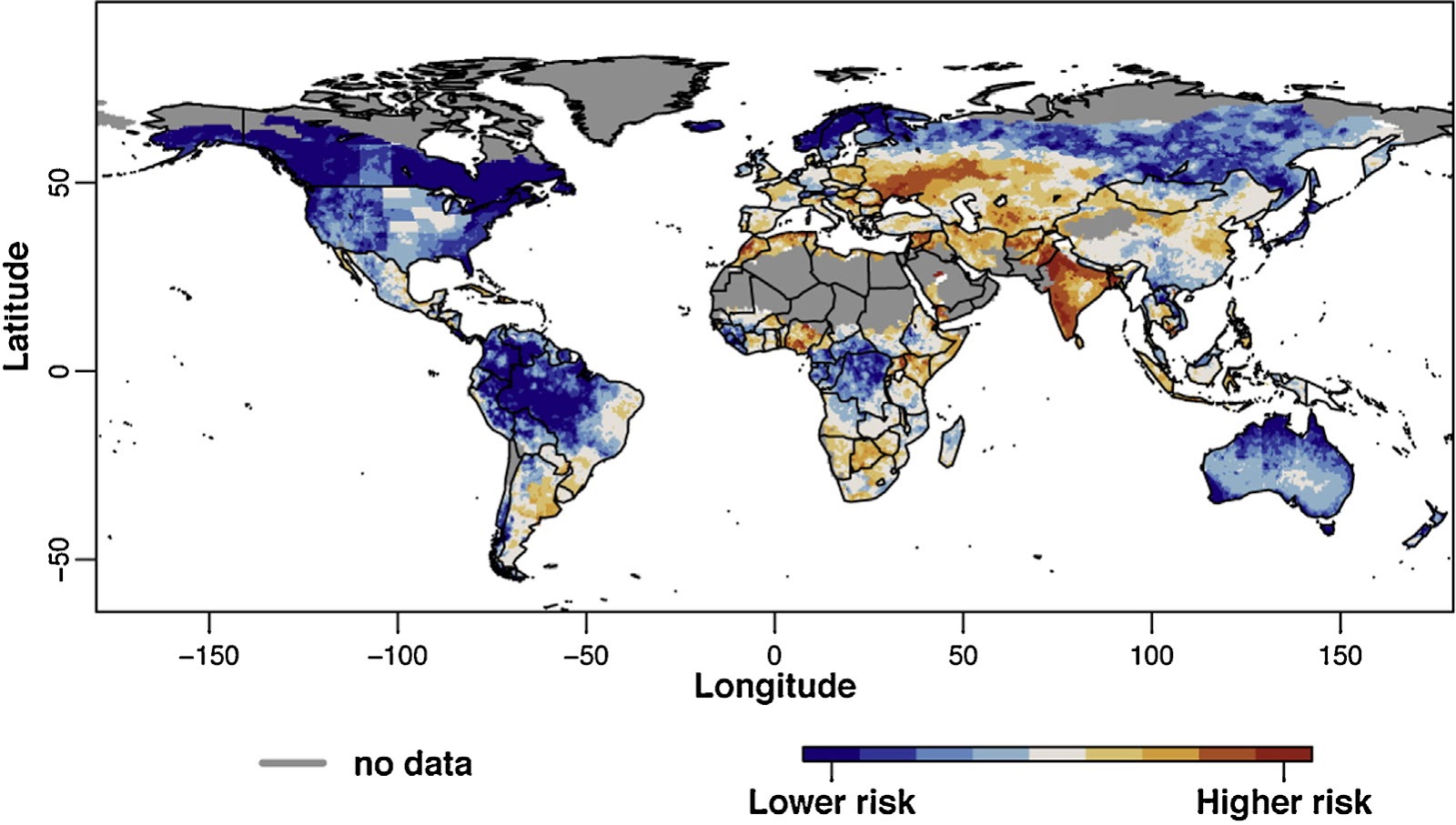 A global map of drought risk has been elaborated at the sub-national administrative level. The motivation for this study is the observation that little research and no concerted efforts have been made at the global level to provide a consistent and equitable drought risk management framework for multiple regions, population groups and economic sectors. Drought risk is assessed for the period 2000–2014 and is based on the product of three independent determinants: hazard, exposure and vulnerability. Drought hazard is derived from a non-parametric analysis of historical precipitation deficits at the 0.5°; drought exposure is based on a non-parametric aggregation of gridded indicators of population and livestock densities, crop cover and water stress; and drought vulnerability is computed as the arithmetic composite of high level factors of social, economic and infrastructural indicators, collected at both the national and sub-national levels. The performance evaluation of the proposed models underlines their statistical robustness and emphasizes an empirical resemblance between the geographic patterns of potential drought impacts and previous results presented in the literature. Our findings support the idea that drought risk is driven by an exponential growth of regional exposure, while hazard and vulnerability exhibit a weaker relationship with the geographic distribution of risk values. Drought risk is lower for remote regions, such as tundras and tropical forests, and higher for populated areas and regions extensively exploited for crop production and livestock farming, such as South-Central Asia, Southeast of South America, Central Europe and Southeast of the United States. As climate change projections foresee an increase of drought frequency and intensity for these regions, then there is an aggravated risk for global food security and potential for civil conflict in the medium- to long-term. Since most agricultural regions show high infrastructural vulnerability to drought, then regional adaptation to climate change may begin through implementing and fostering the widespread use of irrigation and rainwater harvesting systems. In this context, reduction in drought risk may also benefit from diversifying regional economies on different sectors of activity and reducing the dependence of their GDP on agriculture. 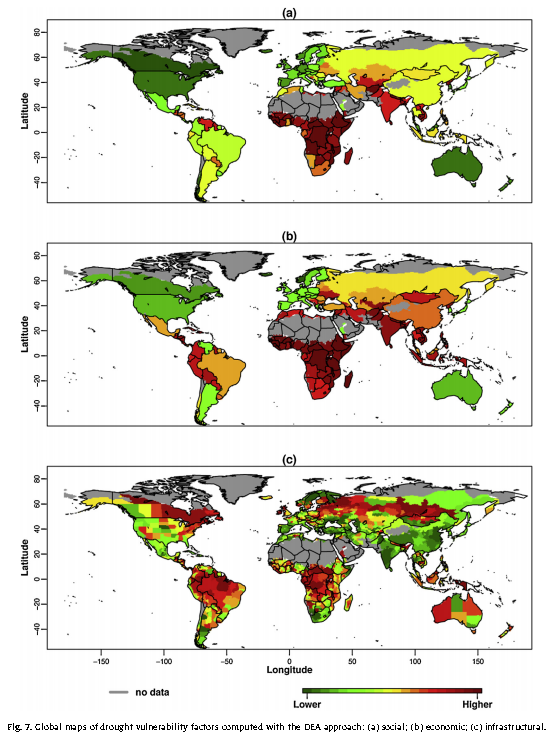