The region where the Pearl River flows into the South China Sea has seen some of the most rapid urban expansion in human history over the past few decades – transforming what was mostly agricultural land in 1979 into what is the manufacturing heartland of a global economic superpower today.

In 2008, China announced plans to mesh Guangzhou, Shenzhen, Dongguan, Zhaoqing, Foshan, Huizhou, Jiangmen, Zhongshan and Zhuhai into a single megacity. A series of massive infrastructure projects are under way to merge transport, energy, water and telecoms networks across the nine cities. Development has been relentless, and the World Bank recently named the Pearl River Delta as the biggest urban area in the world in terms of population and geographical size.

A 30-mile-long bridge and tunnel is under construction to join the Pearl River Delta metropolis of Zhuhai to the special administrative regions of Macau and Hong Kong. 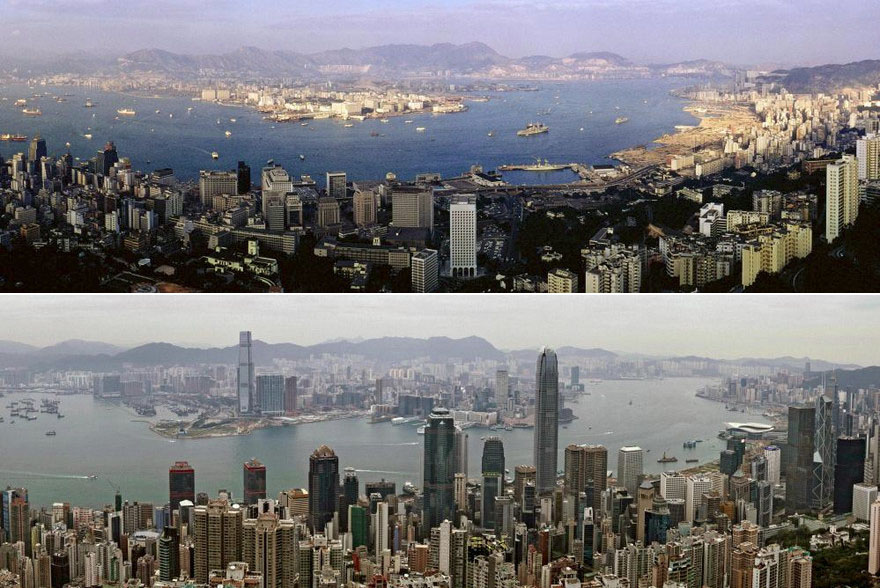 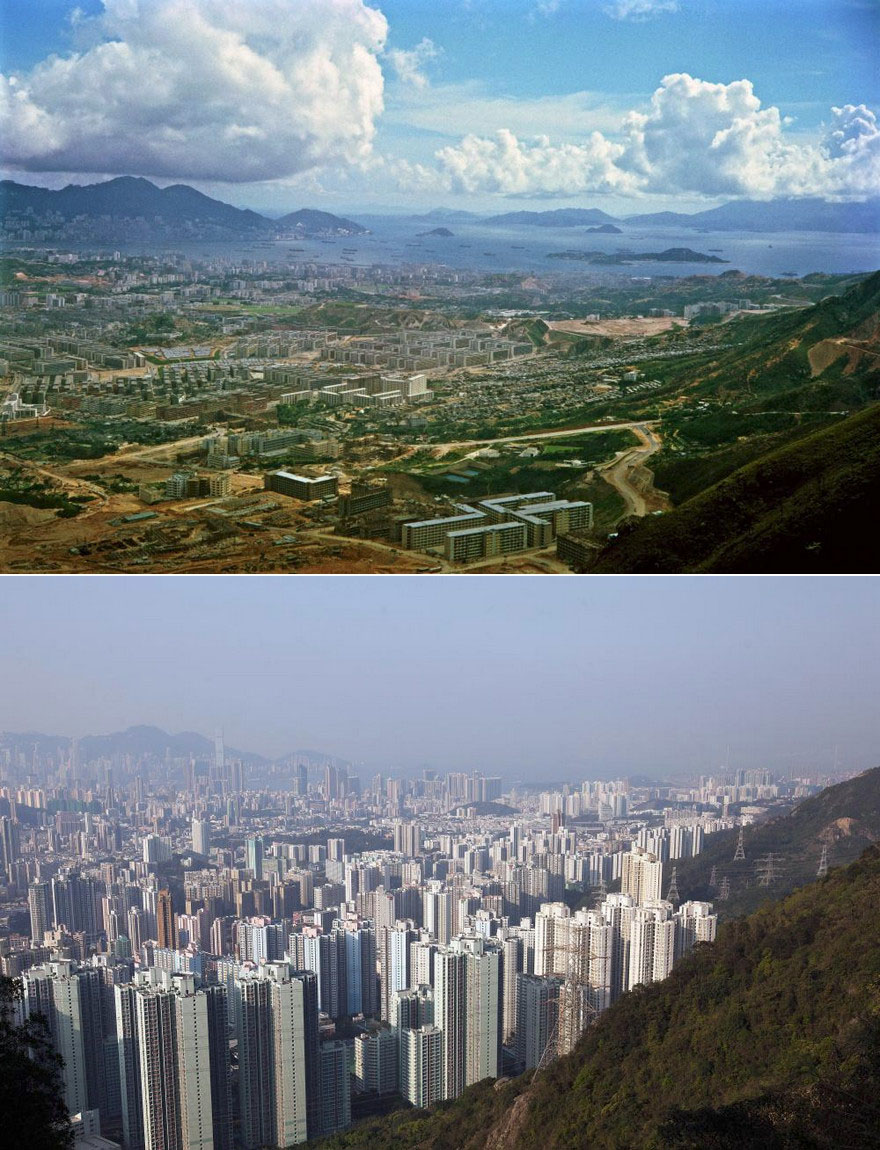 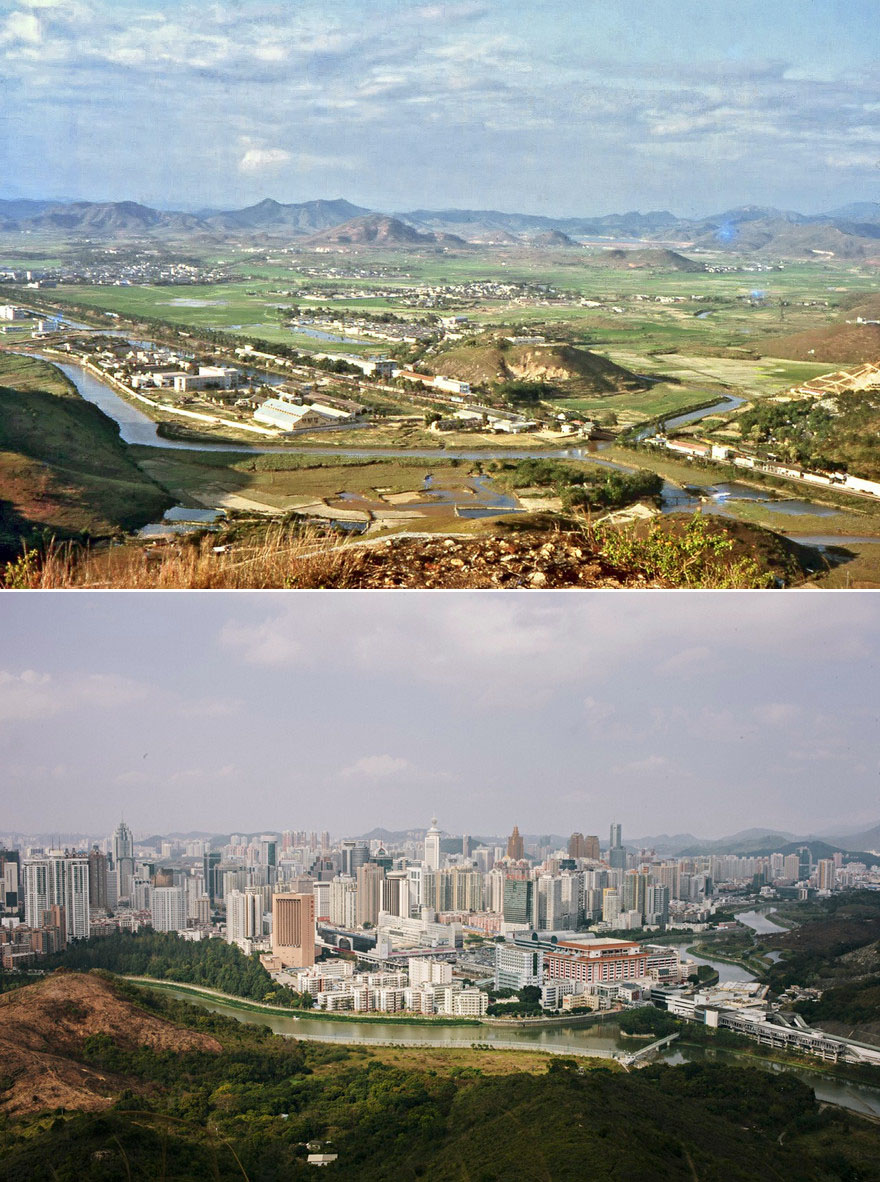 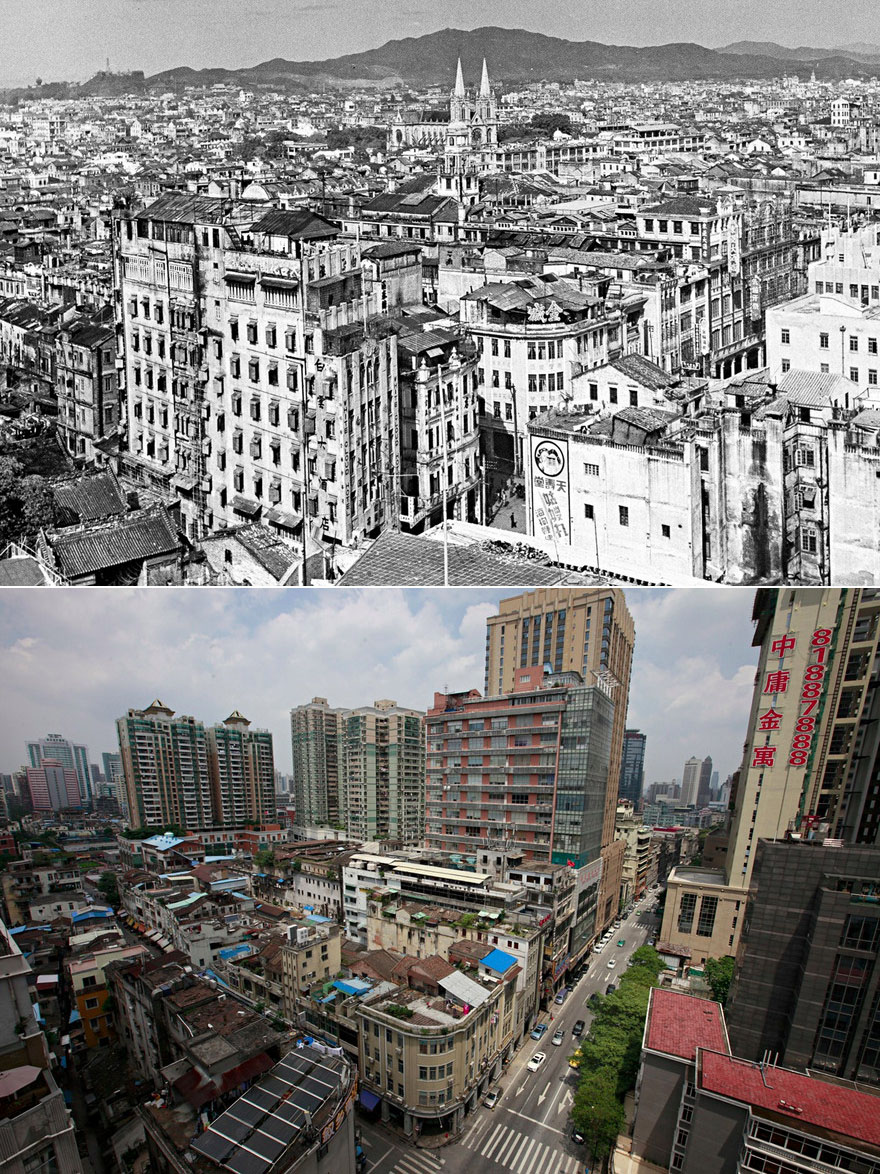 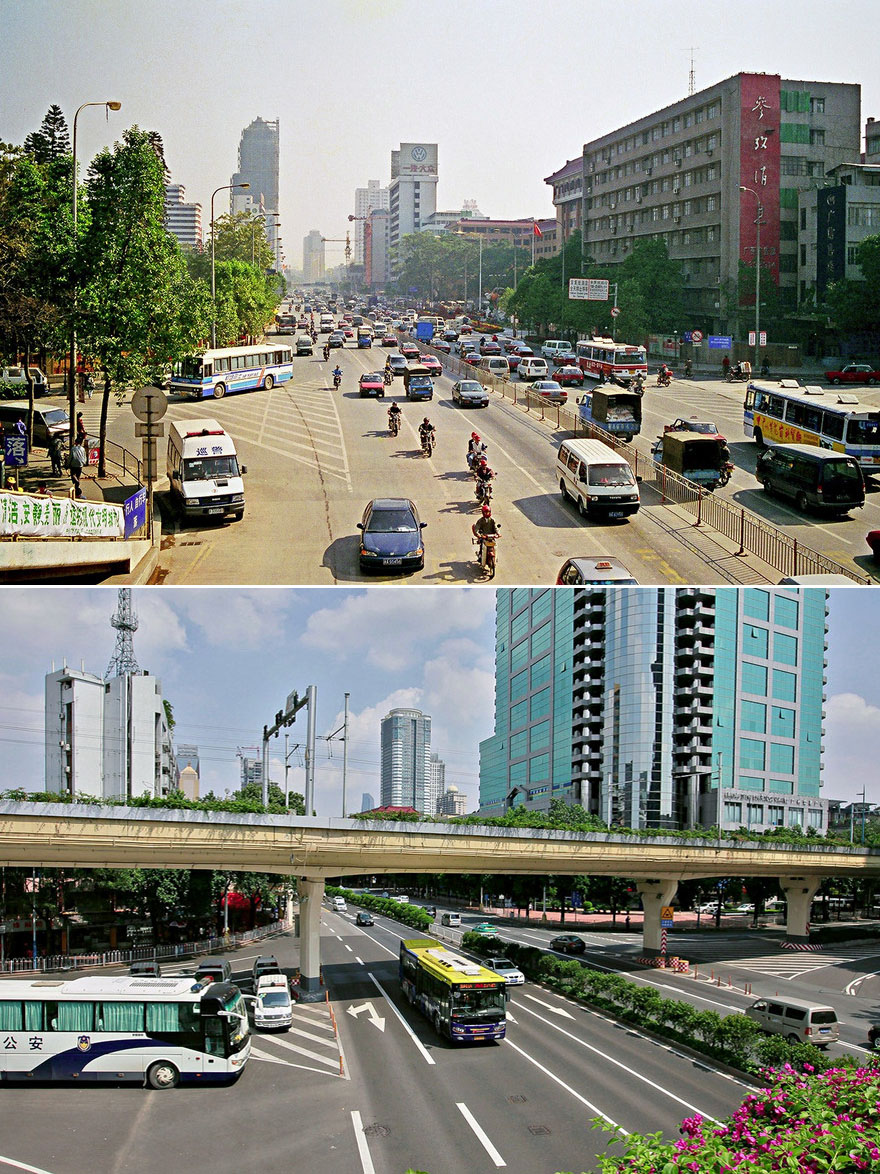 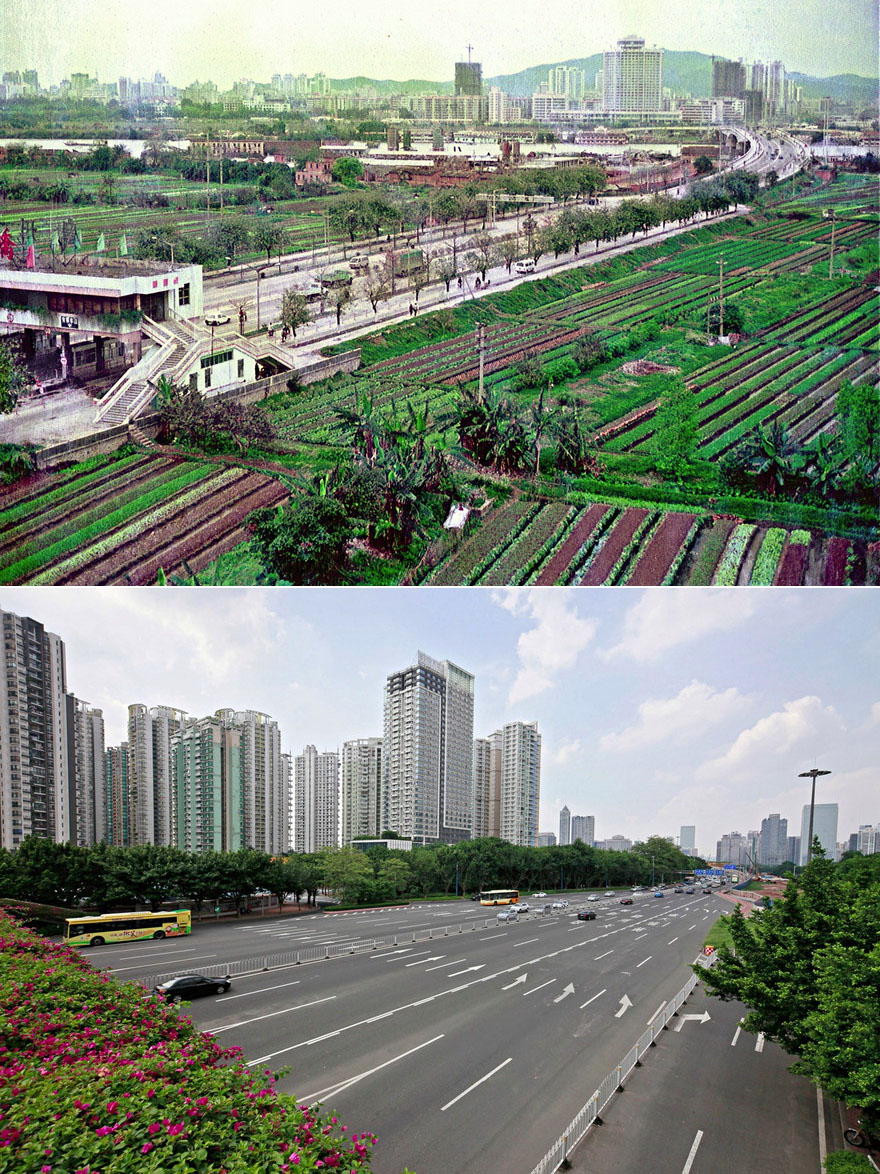 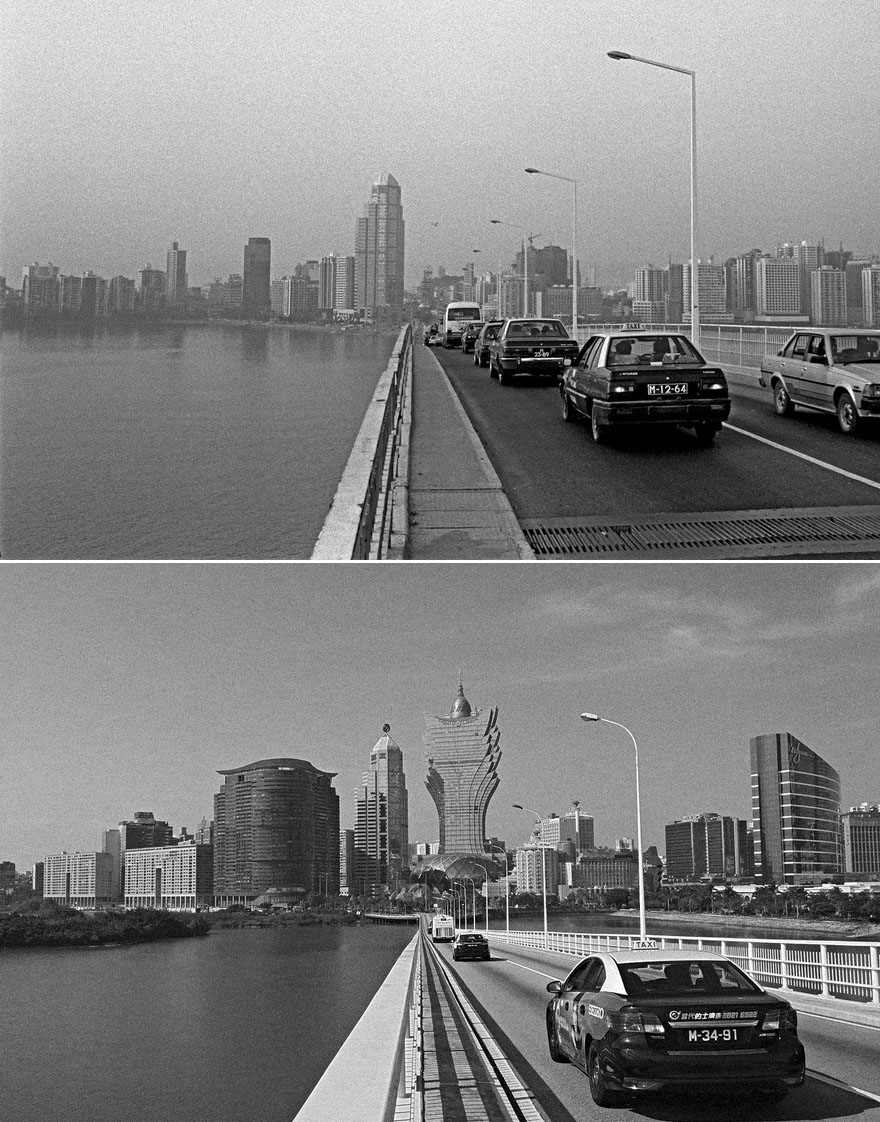 Macau’s Governor Nobre de Carvalho bridge, with the rotunda of the Casino Lisboa seen on the waterfront just to the right, in 1991. The second image, from 2016, shows the giant Grand Lisboa hotel and casino skyscraper towering above. 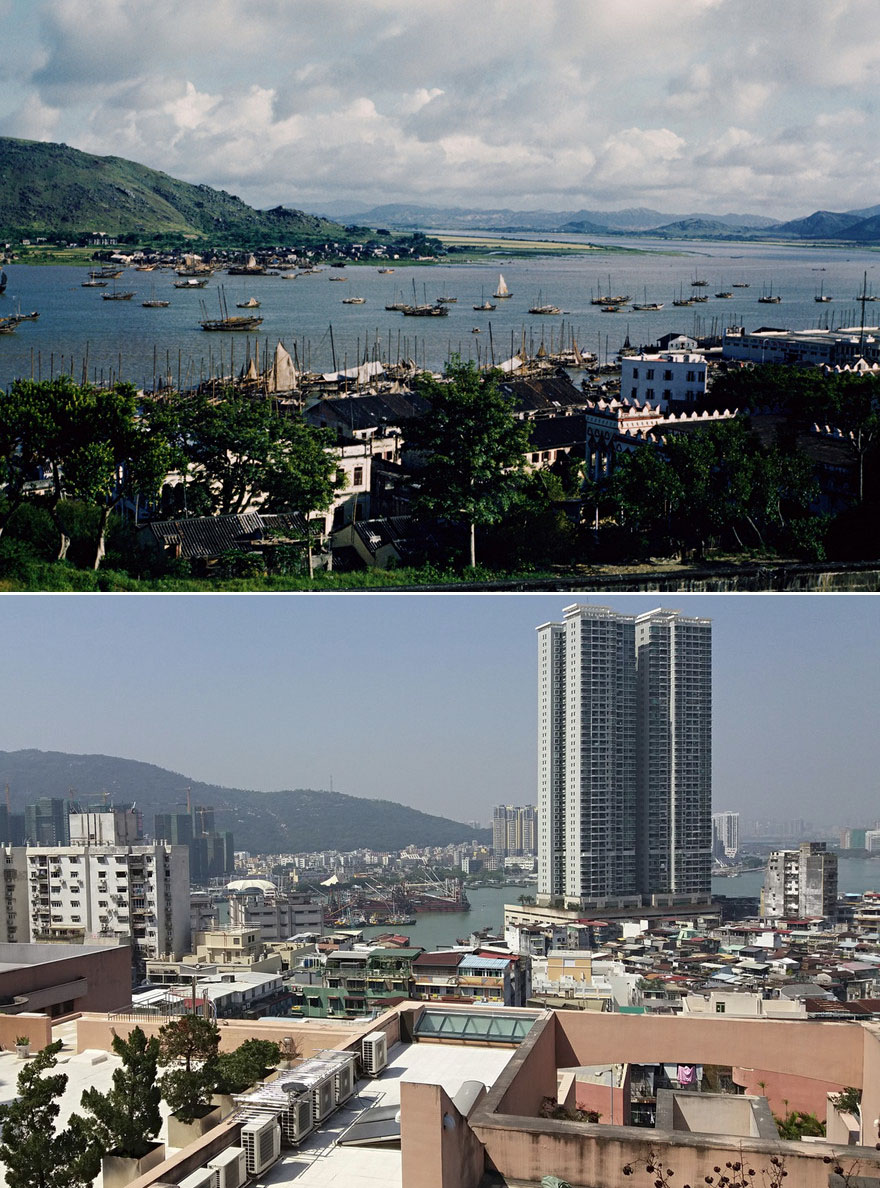