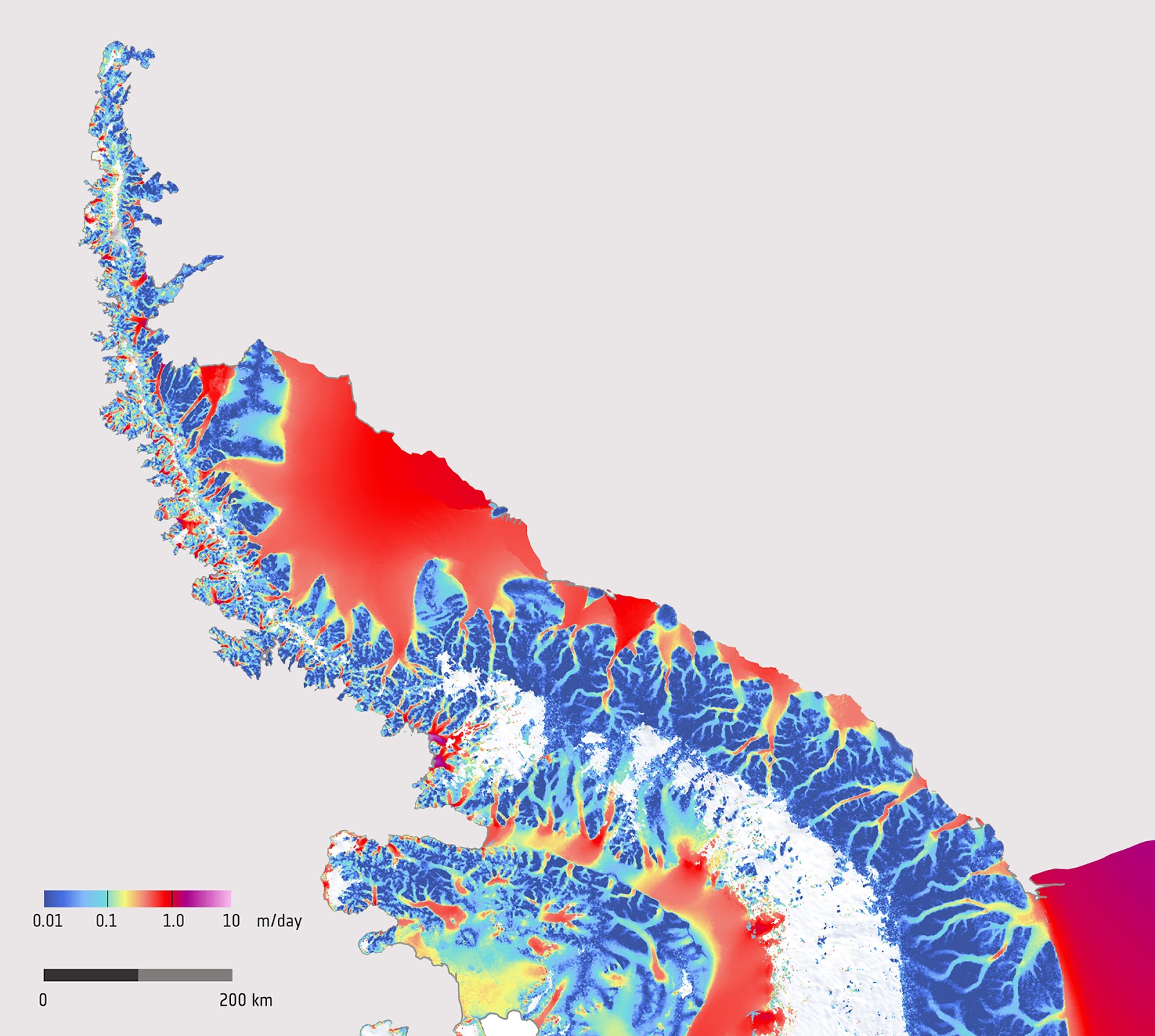 Successive radar images captured by the Copernicus Sentinel-1A satellite during December 2014 – March 2016 were used to create this spectacular map showing how fast the ice flows on the Antarctic Peninsula. The map was constructed by tracking the movement of ice features in pairs of radar images taken 12 days apart.

The colour scale indicates the speed of ice movement in metres per day, ranging from 1 centimetre per day or less in dark blue to up to 1 metre per day in red. The vivid colours trace a complex network of channels along which streams of ice flow from the high mountains down towards the coast where the ice flow speeds up and spreads out into floating ice shelves.

The white area on the western flank of the peninsula is where snowfall is likely to have concealed features and so prevented tracking between the image pairs.

As one of the most dynamic glacial environments on Earth, this region has been experiencing rapid climate warming over recent decades. Since 1991, satellites such as ESA’s ERS and Envisat have observed the disintegration of various ice shelves, including the northern portion of the Larsen ice shelf and the Wilkins ice shelf.

The Sentinel satellites, developed by ESA, are central to Europe’s environmental monitoring Copernicus programme, which is committed to long-term operational services for a wide range of applications.

This example shows the spectacular potential of the Sentinel-1 mission for routine mapping and monitoring the surface velocity of glaciers and ice sheets. The combination of Sentinel-1A and -1B will support comprehensive and long-term monitoring of changes in ice sheet velocity and how they respond to climate change.

The Sentinel-1 ice velocity product was presented at ESA’s Living Planet Symposium in Prague, Czech Republic in May 2016 and three weeks earlier at the European Geosciences Union General Assembly in Austria.