Where billions of cicadas will emerge this spring & the next decade

For 17 years, cicadas do very little. They hang out in the ground, sucking sugar out of tree roots. Then, after this absurdly long hibernation, they emerge from the ground, sprout wings, make a ton of noise, have sex, and die within a few weeks. Their orphan progeny will then return to the ground and will live the next 17 years in silence.

Over the next several weeks, billions of mid-Atlantic cicadas will hear the call of spring and emerge from their cozy bunkers. This year's group is known as Brood V, and they were born in 1999 during the spring the first Star Wars prequel bewildered moviegoers.

But while they will emerge in biblical numbers, they'll be blanketing only a small slice of the country.

Cicadas appear every year on the East Coast, though every year it's a different 17-year crew that wakes up (Note: There are some 13-year broods of cicadas in the Southeast, too.) Emerging in these humongous yearly batches is likely an evolutionary strategy. There are so many cicadas, all at once, that predators can't make a meaningful dent in their numbers.

In sum, the broods lay claim to much of the eastern United States, stretching from New England to Oklahoma. You can see all the United States broods on this U.S. Forest Service map below.

This year, it's Brood V's turn . The brood mainly lives in Ohio and West Virginia, with some members spilling over to Pennsylvania, Maryland, and Virginia. 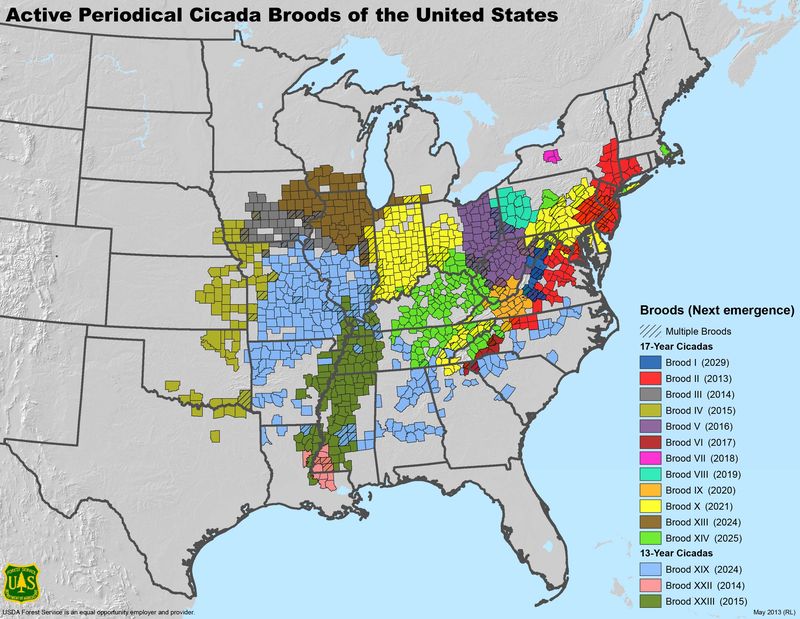 Here's a closer look at where Brood V lives, according to the Forest Service. Note that the brood hasn't taken up residence in the major metropolitan areas of Pittsburgh, Cincinnati, or Washington, DC. Cleveland, however, is likely to see some. 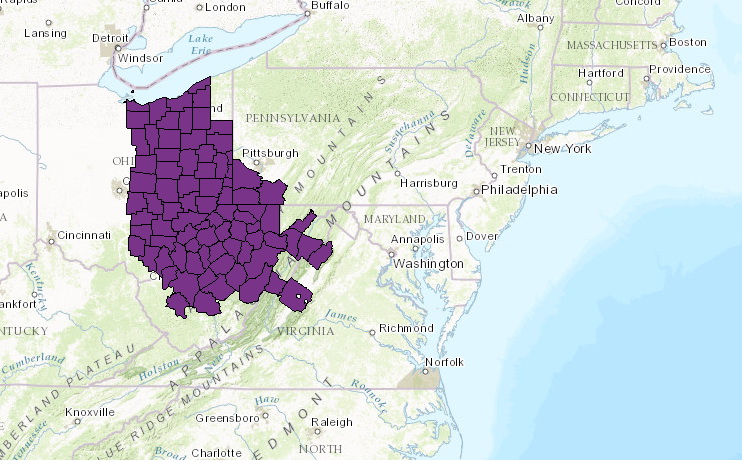 After lying beneath the earth for up to 17 years, cicadas venture above ground as a massive group to shed their larvae shells, sprout wings and sing for a mate.