Almost half of the world’s workers – 1.5 billion people – work in water-related sectors. The agricultural industry directly creates more than 800 million jobs; around half of these are in China and India where 70% and 97% of the population lives under water scarcity at least one month a year, respectively. Growing water scarcity puts these jobs and livelihoods at risk. 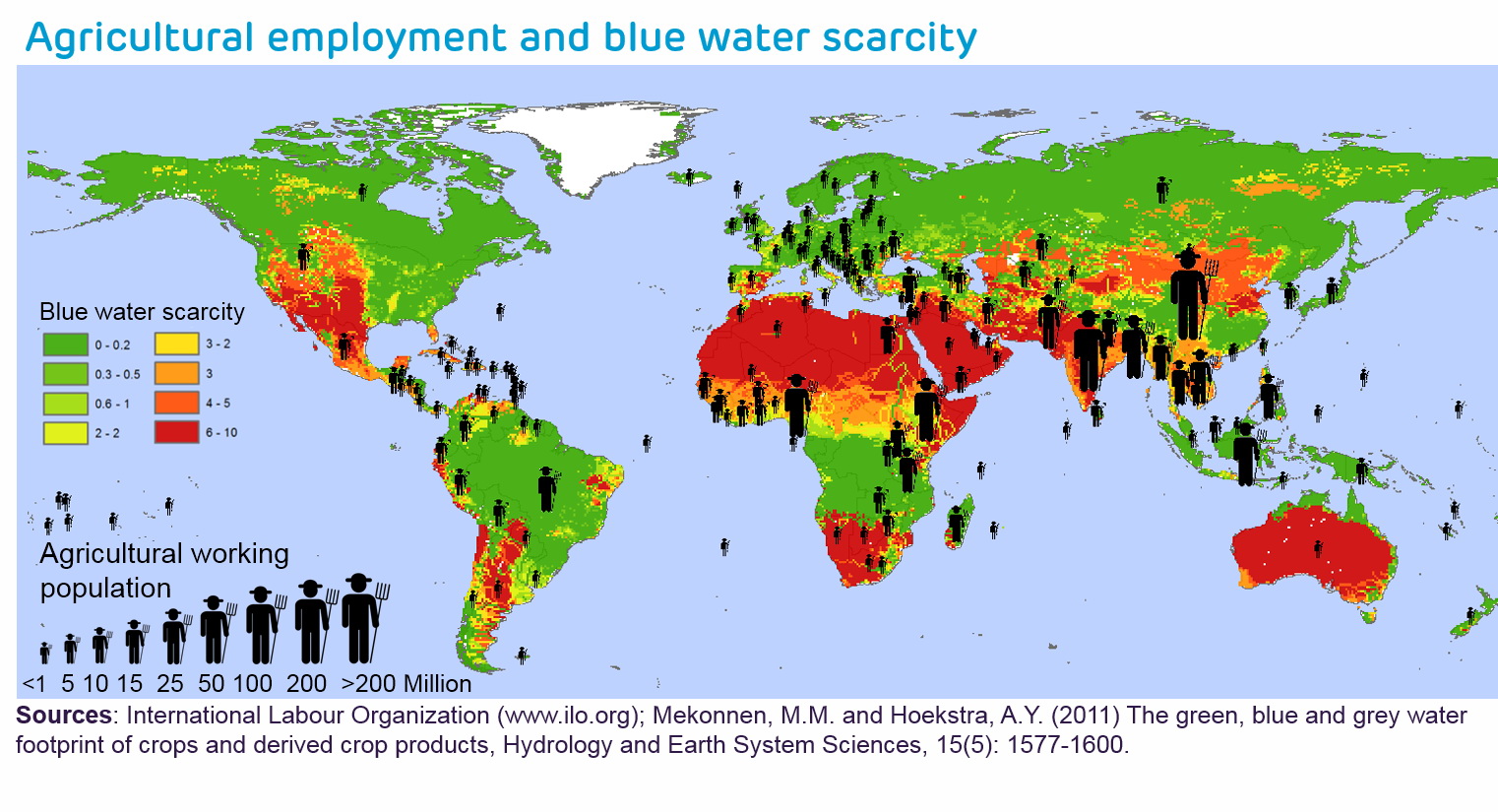 Agricultural land in China and Turkey is mostly rain fed in Egypt, where 100% of the population lives with water scarcity for some months of the year, most available water is used to irrigate crops. 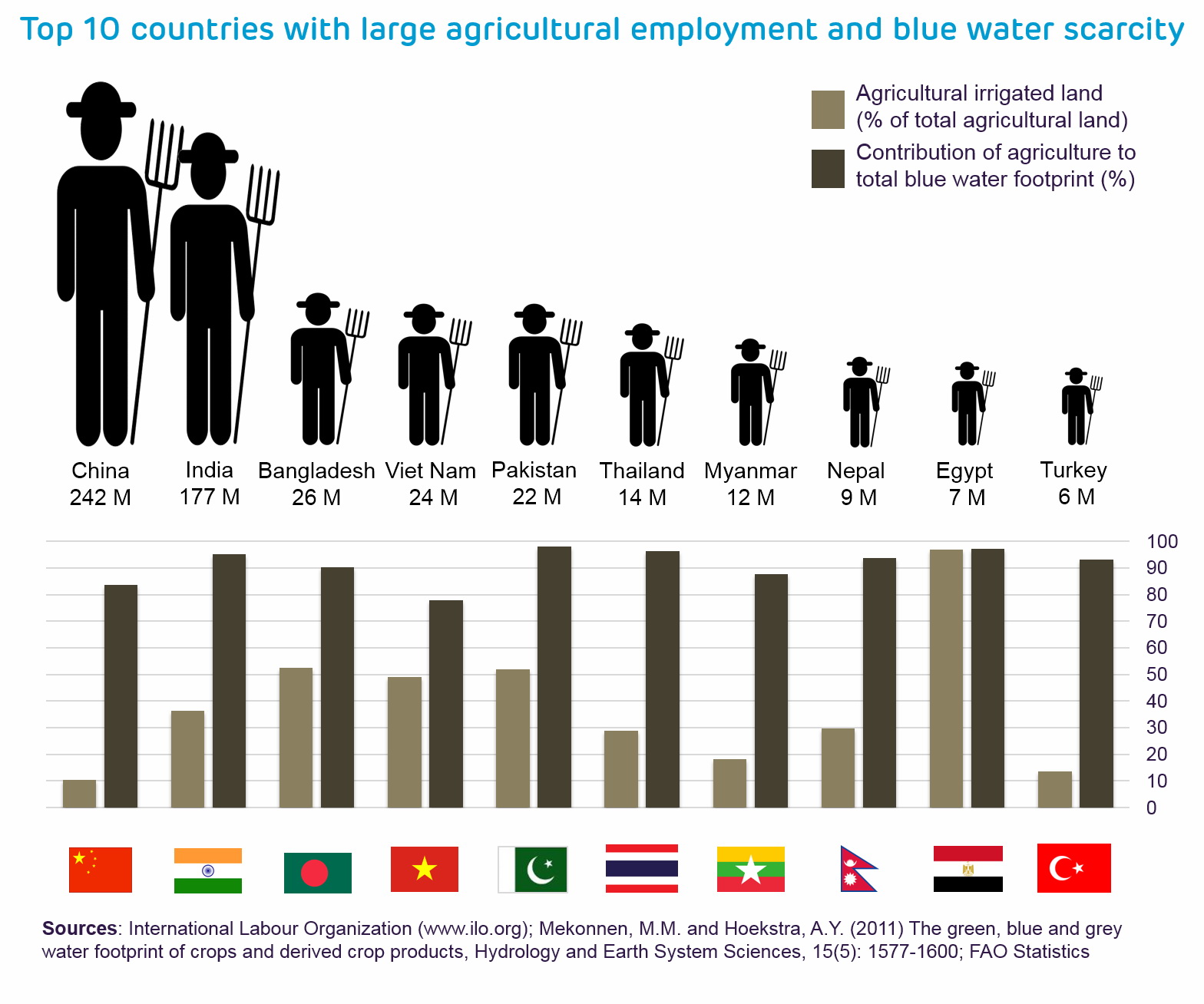 Pakistan, Bangladesh and Viet Nam each employ over 20 million agricultural workers and irrigate half of their agricultural land, using around 90% of their water to do so. In India, less of its agricultural land is irrigated yet it still accounts for 95% of the country’s total blue water footprint. 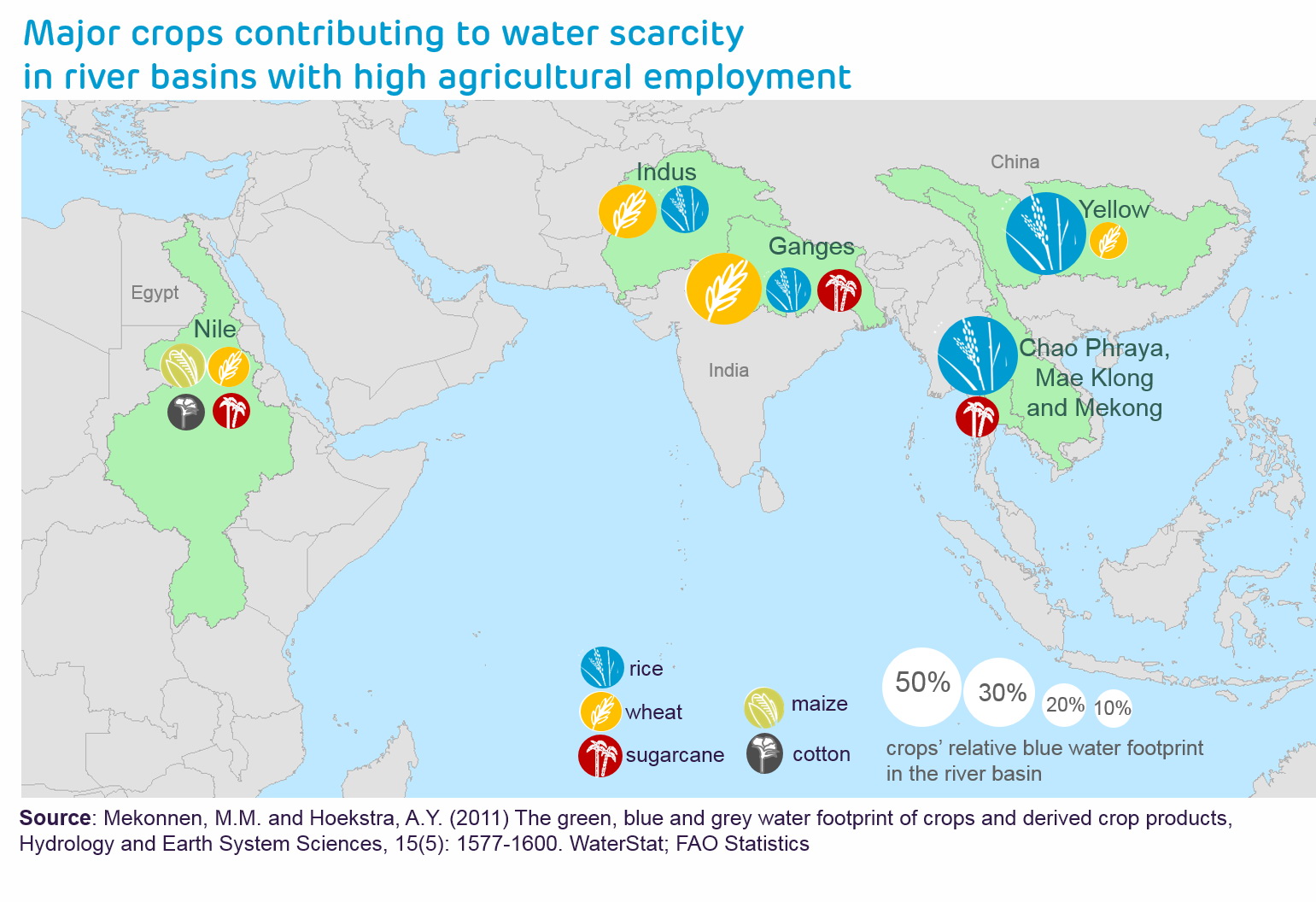 Rice is a major crop in water scarce basins, comprising around 60% of the total blue water footprint in the Yellow (China), Mae Klong (Thailand), Chao Praya (Thailand) and Mekong (Viet Nam) River basins. Wheat and rice combined are the major crops in the Indus and Ganges River basins, which are water scarce for more than half the year. Maize and wheat are the main crops in the Nile. These staple crops are essential foods. Following close behind them in water consumption is sugarcane, which is grown in the Nile and basins in South and Southeast Asia.