This is also the first one-year outlook for the nation’s earthquake hazards, and is a supplement to existing USGS assessments that provide a 50-year forecast

The report shows that approximately 7 million people live and work in areas of the central and eastern U.S. (CEUS) with potential for damaging shaking from induced seismicity. Within a few portions of the CEUS, the chance of damage from all types of earthquakes is similar to that of natural earthquakes in high-hazard areas of California.

“By including human-induced events, our assessment of earthquake hazards has significantly increased in parts of the U.S.,” said Mark Petersen, Chief of the USGS National Seismic Hazard Mapping Project. “This research also shows that much more of the nation faces a significant chance of having damaging earthquakes over the next year, whether natural or human-induced.”

Induced earthquakes are triggered by human activities, with wastewater disposal being the primary cause for recent events in many areas of the CEUS. Wastewater from oil and gas production operations can be disposed of by injecting it into deep underground wells, below aquifers that provide drinking water. 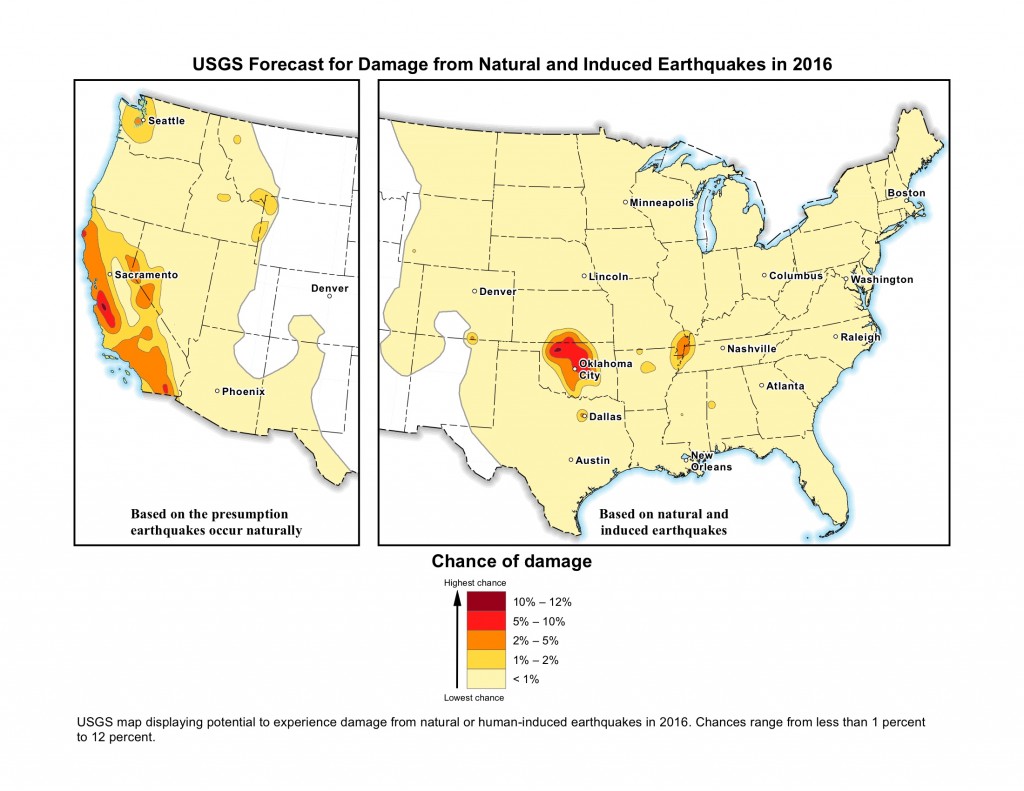 USGS map displaying potential to experience damage from a natural or human-induced earthquake in 2016. Chances range from less than 1 percent to 12 percent.
USGS scientists only distinguished between human-induced and natural seismicity in the CEUS. In the west, scientists categorized all earthquakes as natural. Scientists also used a different methodology in looking at the CEUS compared to the west.

The most significant hazards from induced seismicity are in six states, listed in order from highest to lowest potential hazard: Oklahoma, Kansas, Texas, Colorado, New Mexico and Arkansas. Oklahoma and Texas have the largest populations exposed to induced earthquakes. 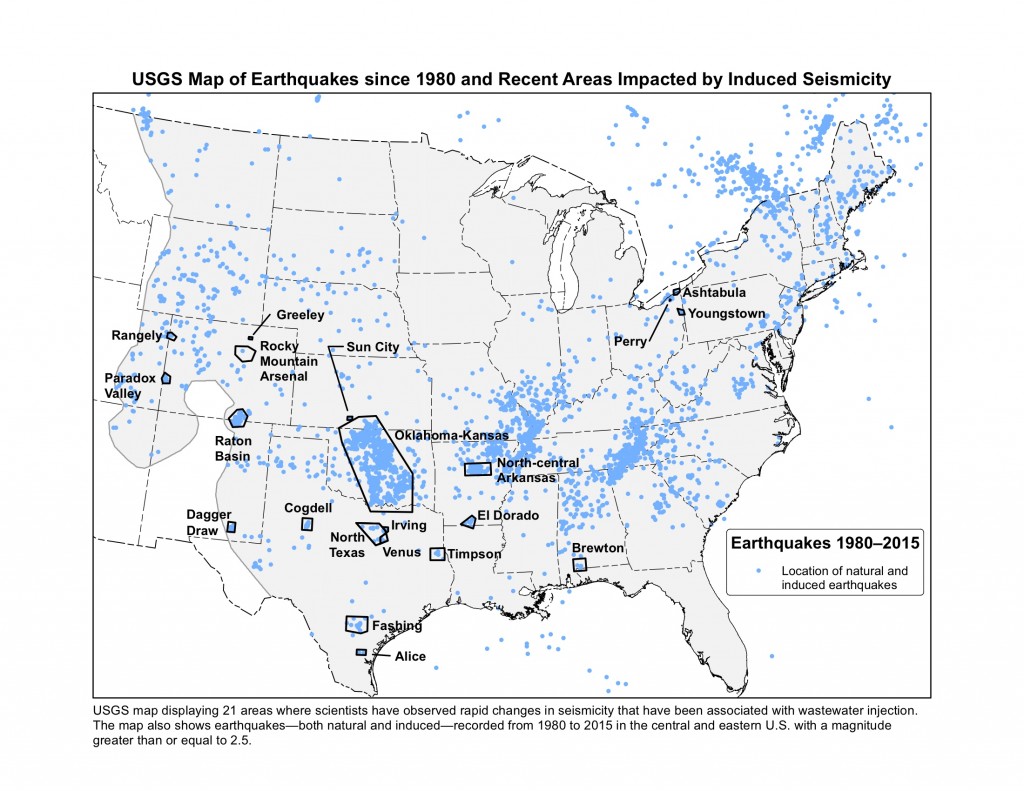 USGS map displaying 21 areas where scientists have observed rapid changes in seismicity that have been associated with wastewater injection. The map also shows earthquakes - both natural and induced - recorded from 1980 to 2015 in the central and eastern U.S. with a magnitude greater than or equal to 2.5.

Related posts:
- Oklahoma has become the earthquake capital of the US
Labels: Maps USA