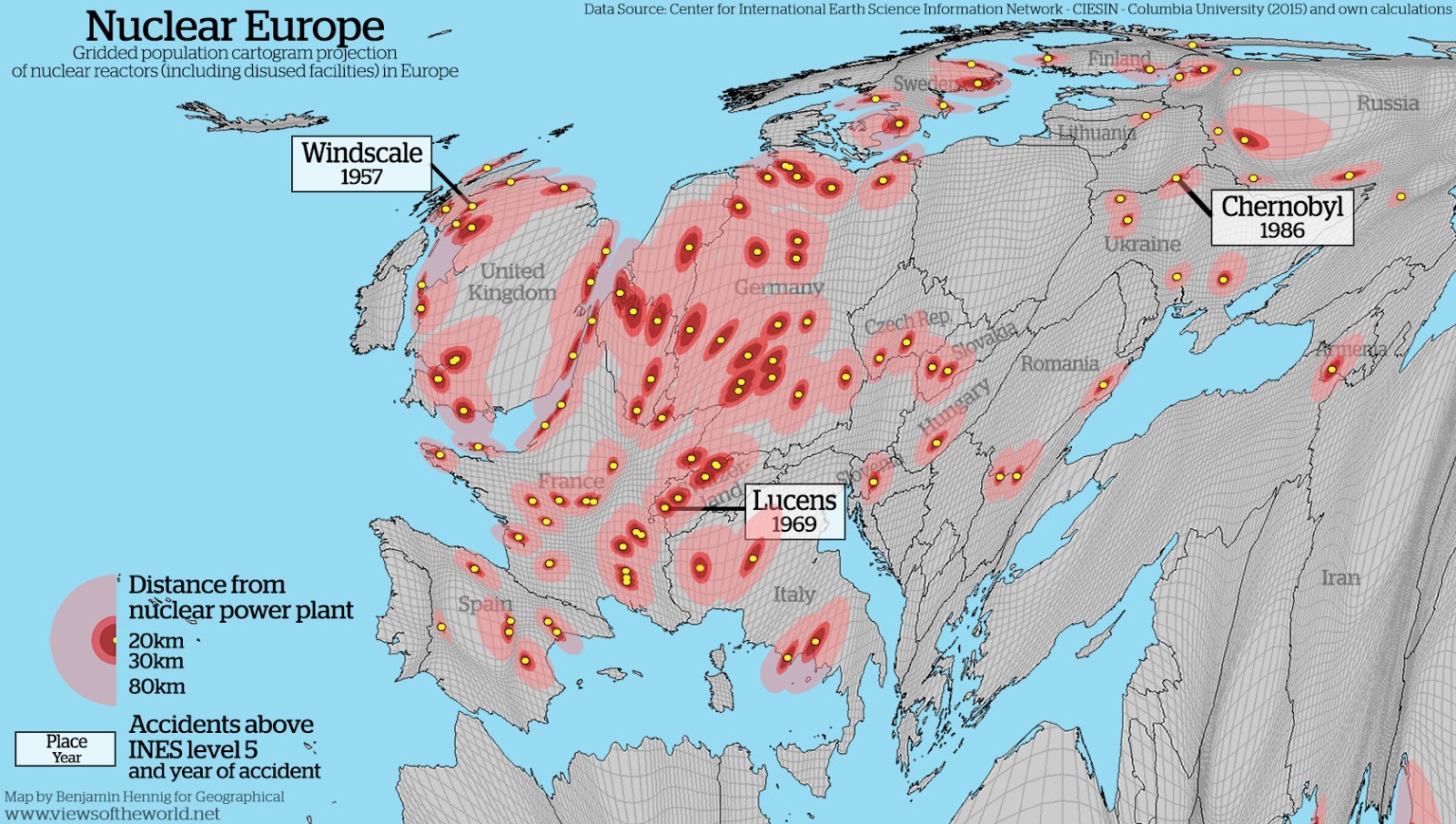 Nuclear power contributes only a small share to the global energy production. According to the World Energy Statistics 2015 published by the International Energy Agency (IEA) nuclear power accounts for 4.8% of the total primary energy supply worldwide, far behind oil (31.1%), coal (28.9%), natural gas (21.4%) and even behind biofuels and waste (10.2%).

Nuclear power is not a renewable source of energy. It relies on uranium which is a relatively common resource. According to a 2014 OECD study, the largest currently known recoverable resources exist in Australia (approximately 29% of the world), Kazakhstan (12%) and Russia (9%). When looking at the actual production, more than half the world’s extraction takes place in Canada (28%) and Australia (23%), of which the latter has no nuclear power plants itself.

Criticism of the civil use of nuclear technology mostly focuses on the technology’s safety. The search for storage solutions for radioactive waste has made limited progress. Waste management and disposal options remain problematic and controversial. Furthermore, there is the risk of a nuclear accident, described by the International Atomic Energy Agency (IAEA) as “an event that has led to significant consequences to people, the environment or the facility”. In 1990 the IAEA introduced the International Nuclear and Radiological Event Scale (INES) to describe the severity of such an event. The logarithmic scale reaches from 0 to 7 and at each level indicates a tenfold more severe incident than at the previous level. All incidents up to 3 are in the category of incidents, while those classified 4 and above are considered to be accidents.

A 2010 study concluded that there have been at least 99 recorded nuclear power plant accidents between 1952 and 2009. In the history of nuclear accidents, Chernobyl (1986) and Fukushima (2011) have been the most severe and were classified as level 7 incidents (“major accident”). The worst incident in the UK was the 1957 Windscale fire at the Sellafield site which was classified a level 5 “accident with wider consequences”.

It is not the number of immediate fatalities that make nuclear accidents problematic, but the exposure of people to radiation and the contamination that has long-term consequences and also makes the issue of waste so challenging. A look at the proximity of population near nuclear power plants therefore helps to better understand the associated potential risks.