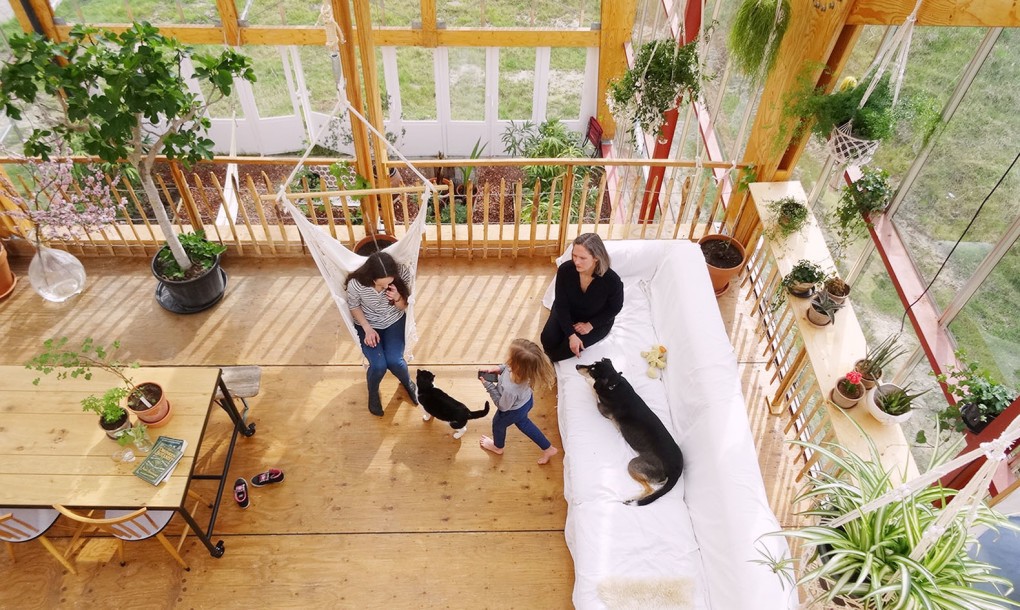 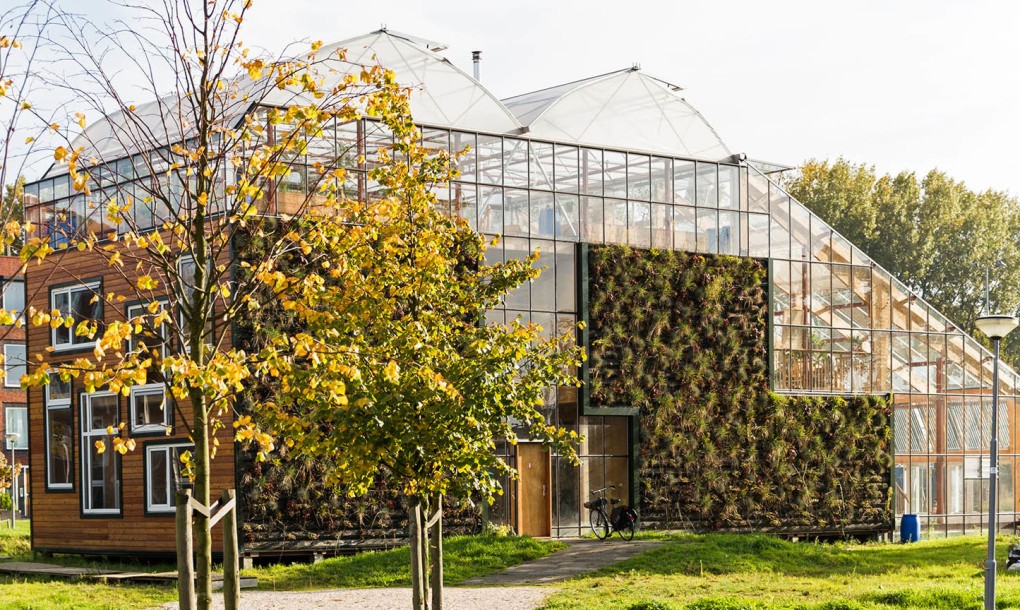 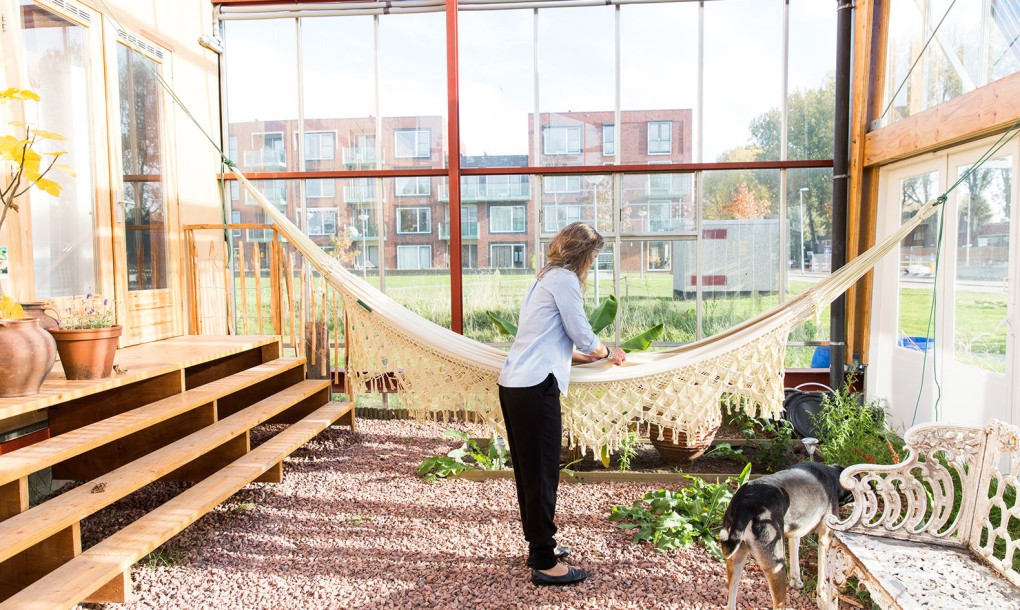 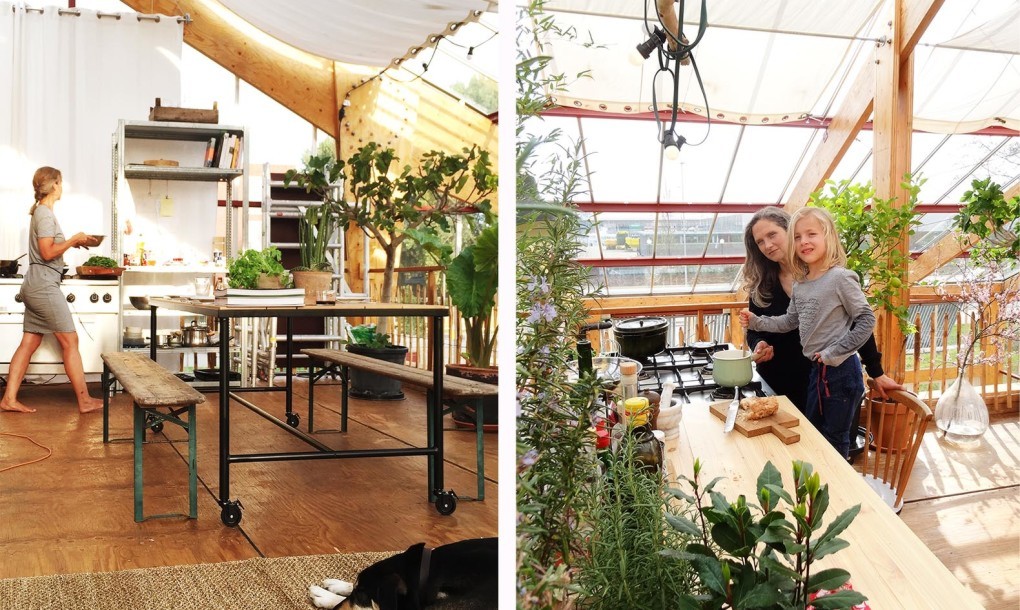 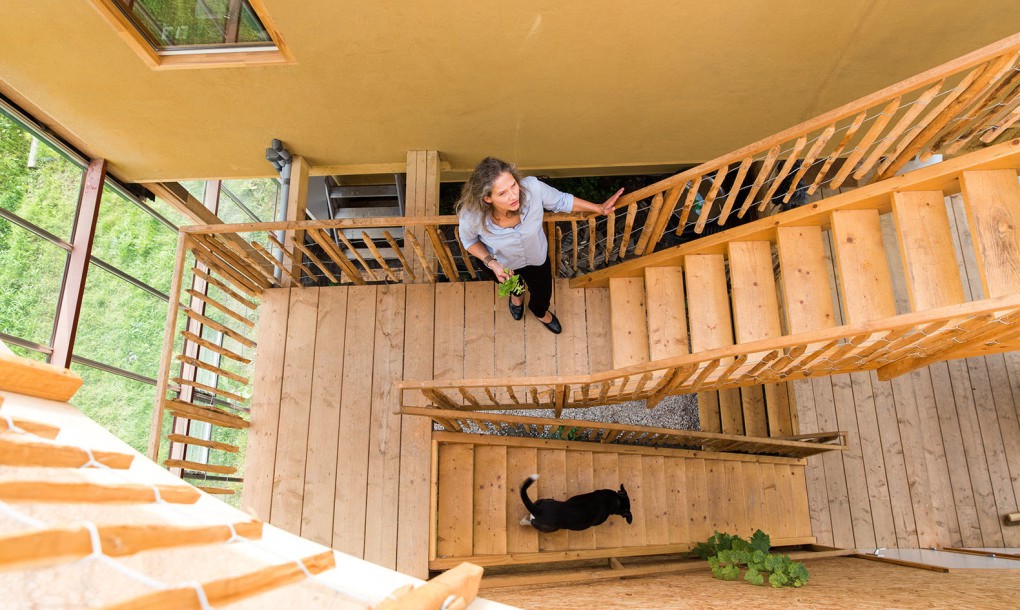 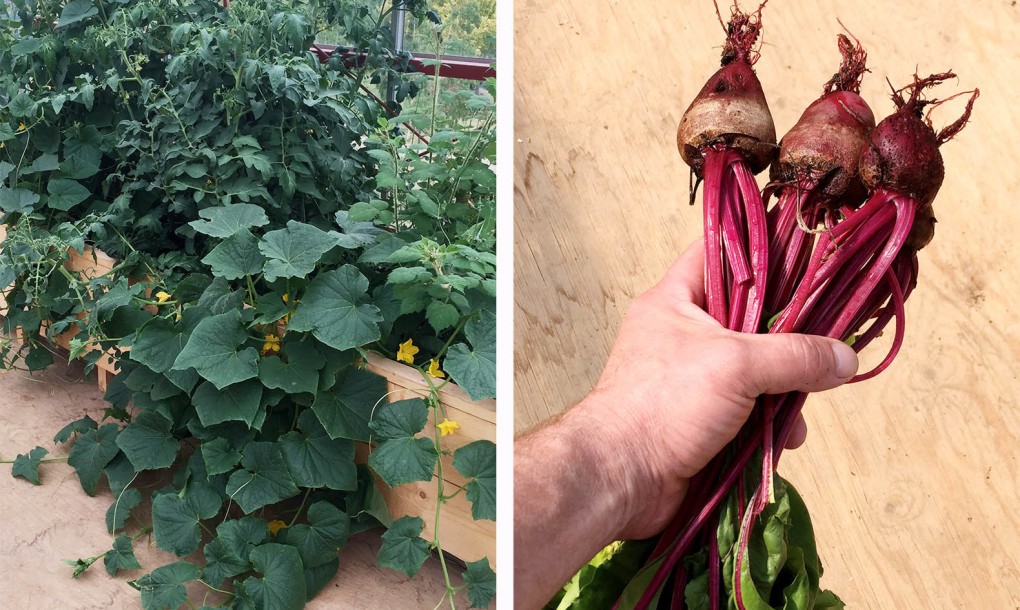 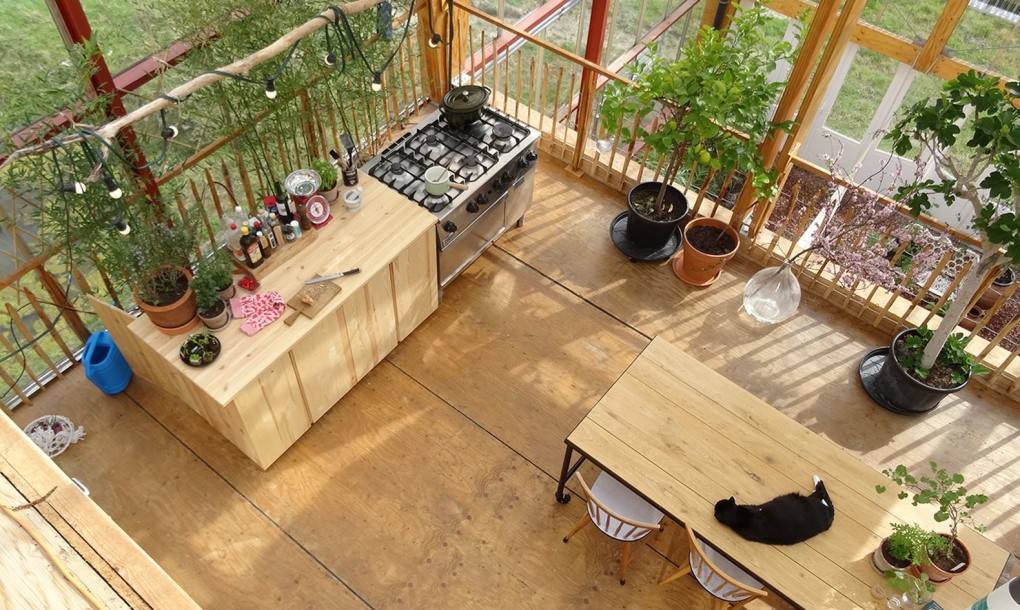 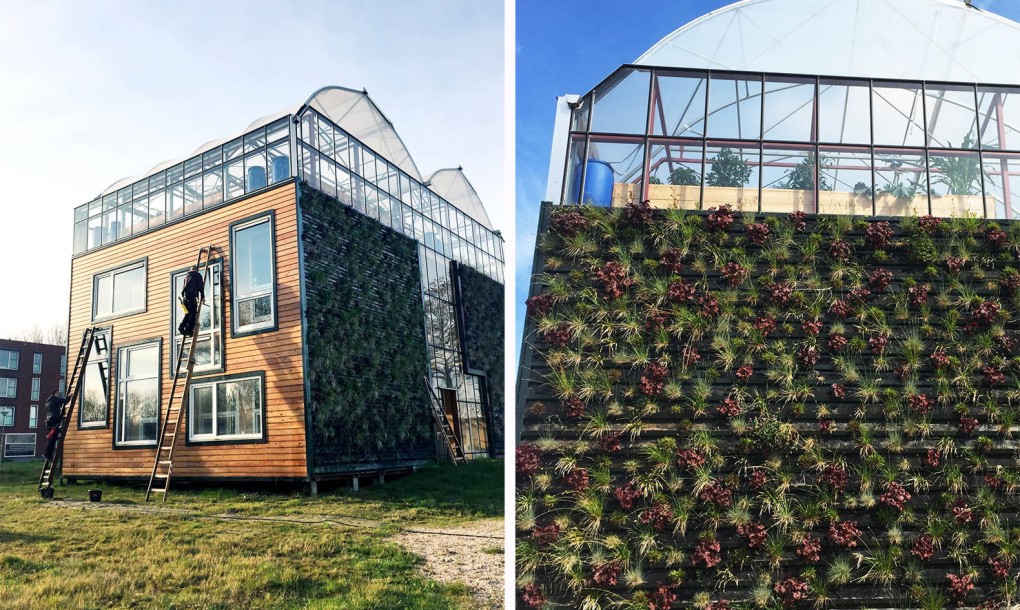 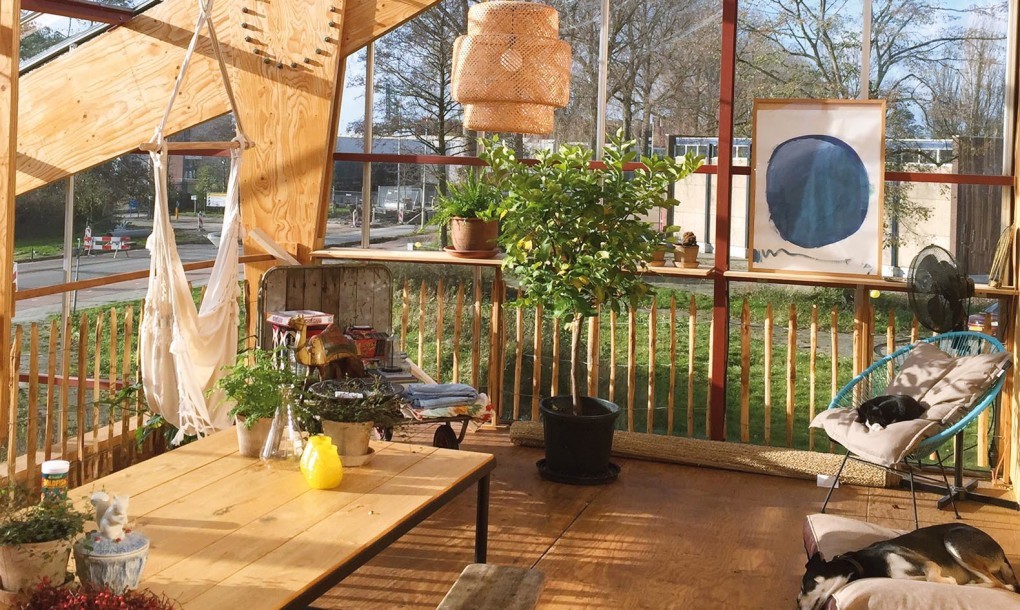 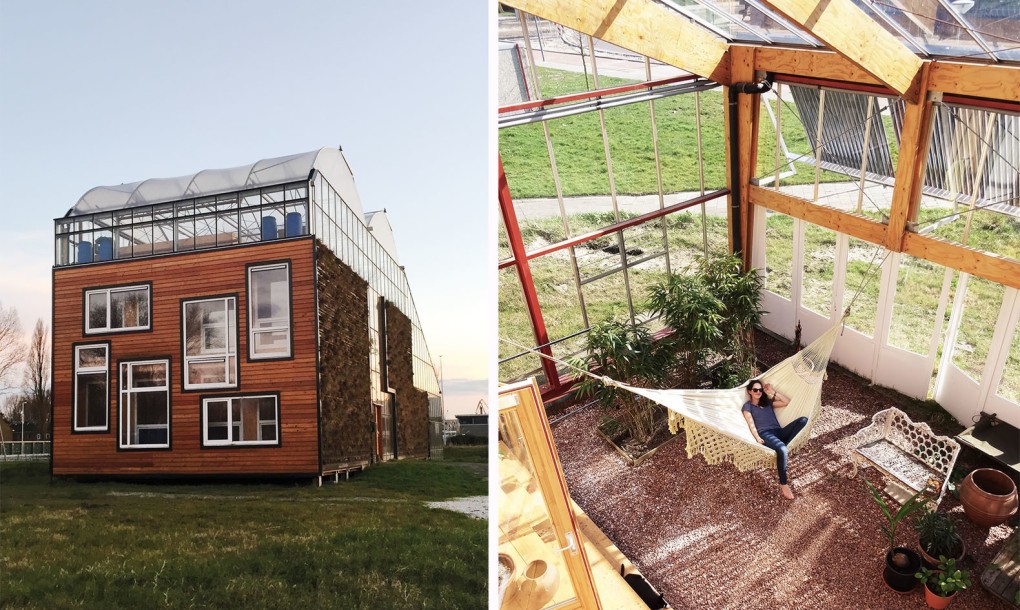 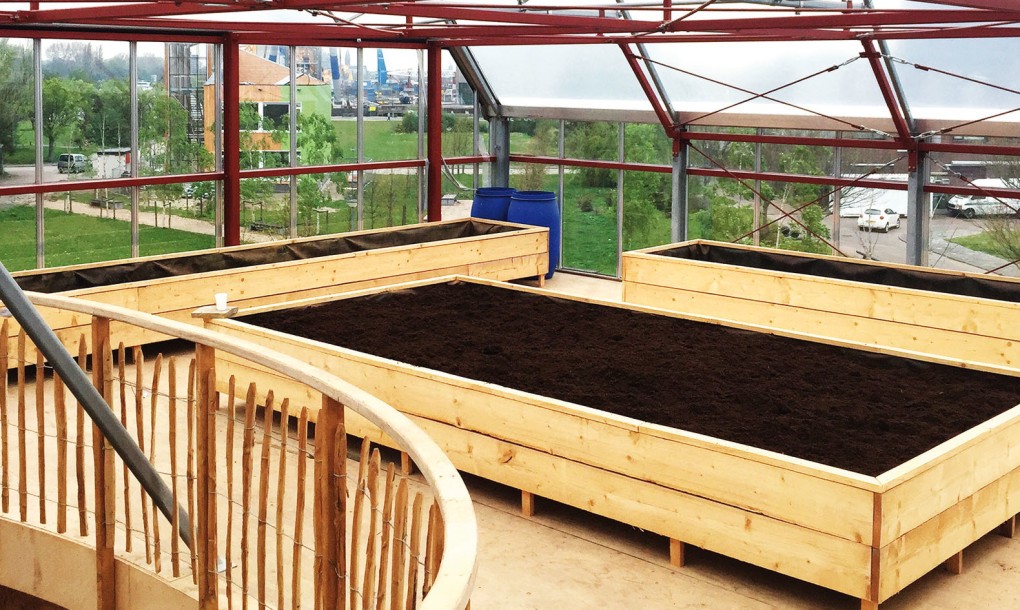 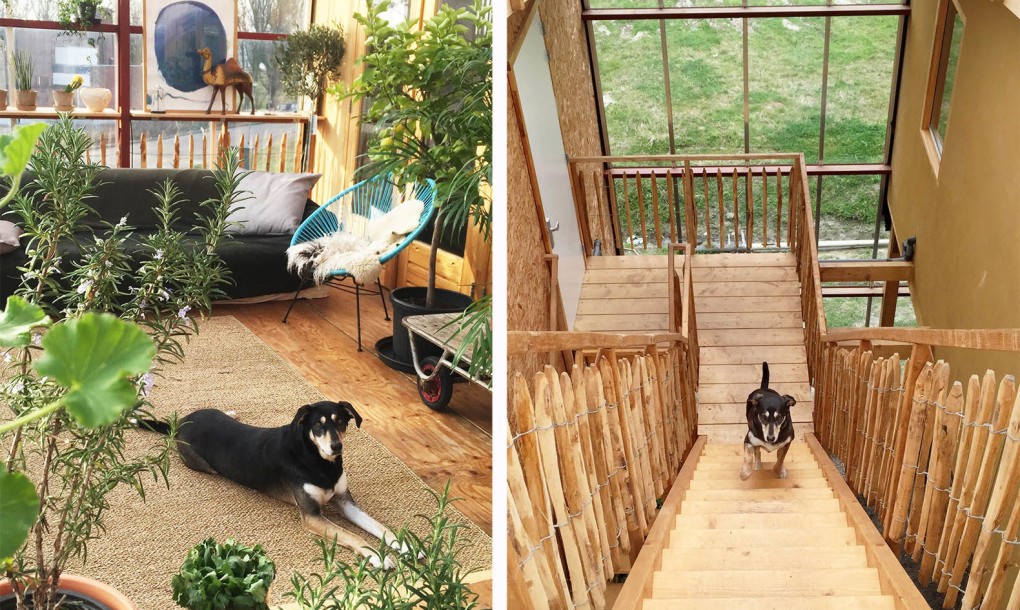 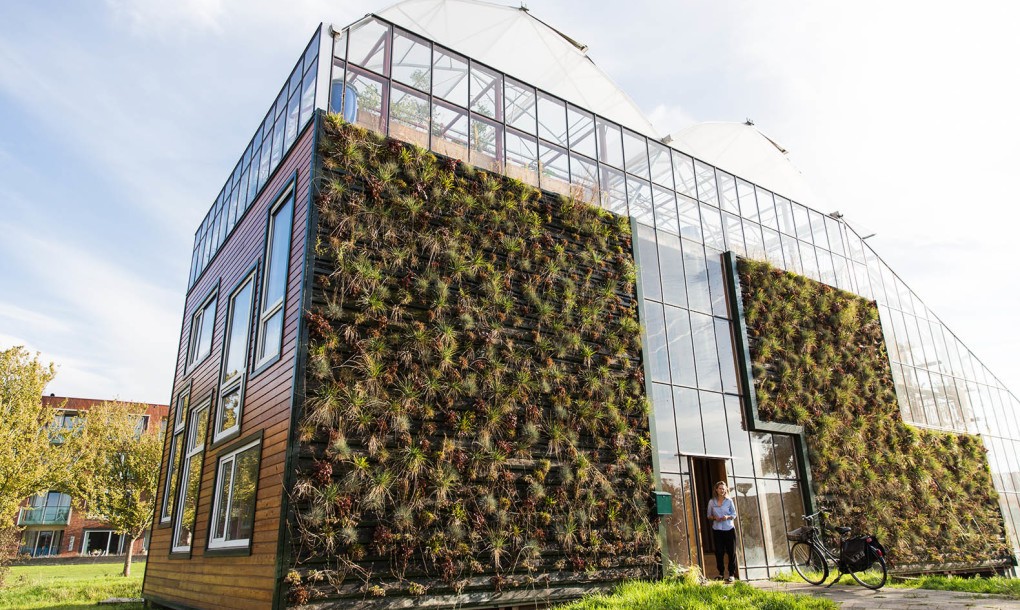 Greenhouse in Stockholm
The average temperature in Stockholm in January is -3°C (27°F). For Marie Granmar and Charles Sacilotto it can be much warmer thanks to the greenhouse that blankets their home.

"For example at the end of January it can be -2°C outside and it can be 15 to 20°C upstairs," explains Sacilotto. He was inspired to build a house-in-a-greenhouse through his relationship with architect Bengt Warne who began designing the first Naturhus (Nature House) in 1974.

Originally Sacilotto looked for an empty lot to build an entirely new Nature House, but he eventually settled on an old summer house on the Stockholm archipelago. Using Warne’s design, he covered the small summer house, plus an addition, in 4 millimeter glass. The footprint of the greenhouse is nearly double that of the home, leaving plenty of room for a wrap-around garden, and since inside the bubble it’s a Mediterranean climate, the couple now grow produce atypical for Sweden (figs, tomatoes, cucumbers).

The favorite spot is the glass-covered roof deck. Since there’s no longer need for a roof, the couple removed it and now have a large space for sunbathing, reading or playing with their son on swings and bikes.

The greenhouse isn’t the only novel point to the Granmar-Sacilotto home. They are also completely independent from city sewage. Built by Sacilotto- an engineer by training-, the sewage system begins with a urine-separating toilet and uses centrifuges, cisterns, grow beds and garden ponds to filter the water and compost the remains.