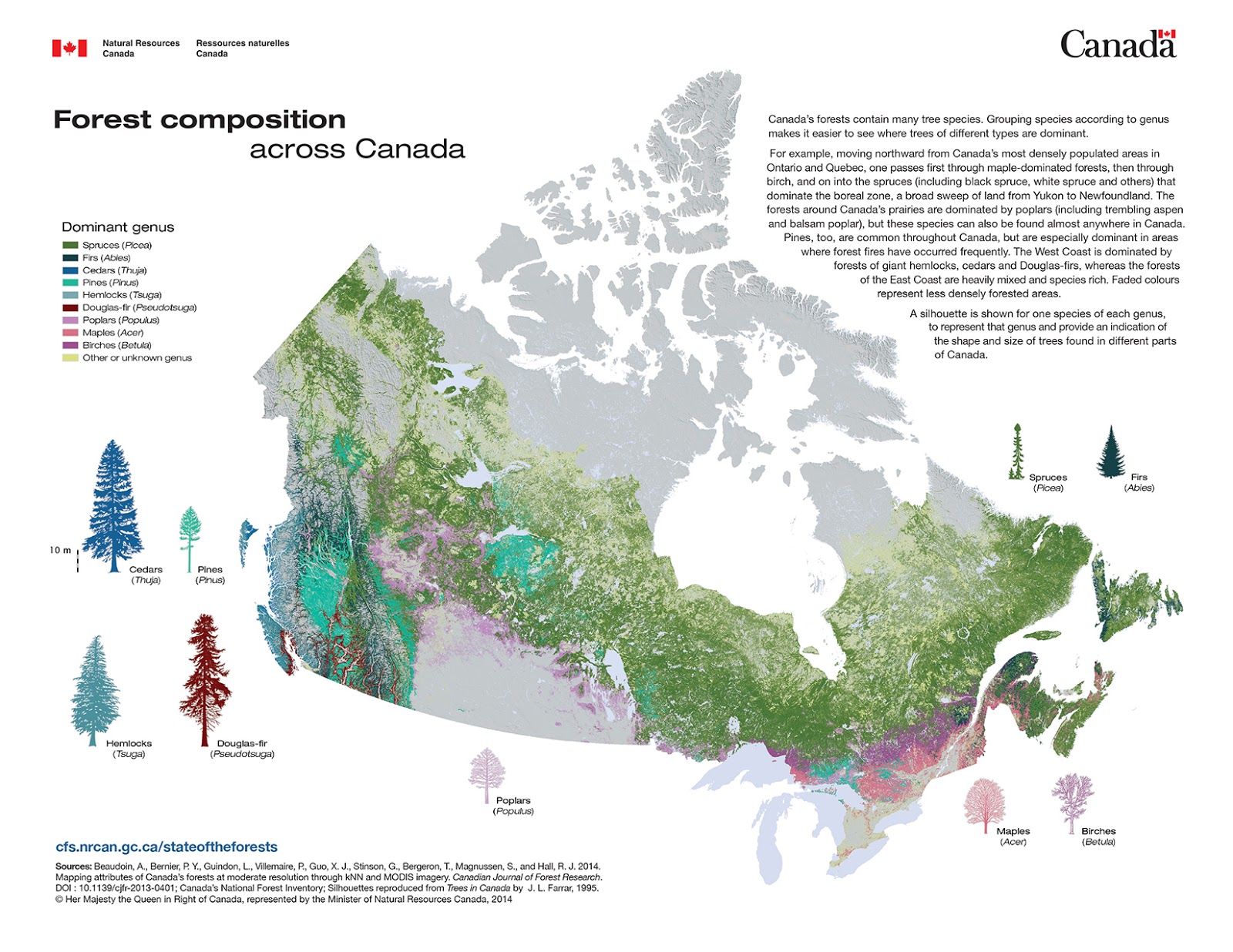 Canada’s forests contain many tree species. Grouping species according to genus makes it easier to see where trees of different types are dominant.

For example, moving northward from Canada’s most densely populated areas in Ontario and Quebec, one passes first through maple-dominated forests, then through birch, and on into the spruces (including black spruce, white spruce and others) that dominate the boreal zone, a broad sweep of land from Yukon to Newfoundland. The forests around Canada’s prairies are dominated by poplars (including trembling aspen and balsam poplar), but these species can also be found almost anywhere in Canada.

Pines, too, are common throughout Canada, but are especially dominant in areas where forest fires have occurred frequently. The West Coast is dominated by forests of giant hemlocks, cedars and Douglas-firs, whereas the forests of the East Coast are heavily mixed and species rich. Faded colours represent less densely forested areas.

A silhouette is shown for one species of each genus, to represent that genus and provide an indication of the shape and size of trees found in different parts of Canada.
Labels: Canada forests Plants