All the operating electric power plants in the U.S. and the types of fuel they use 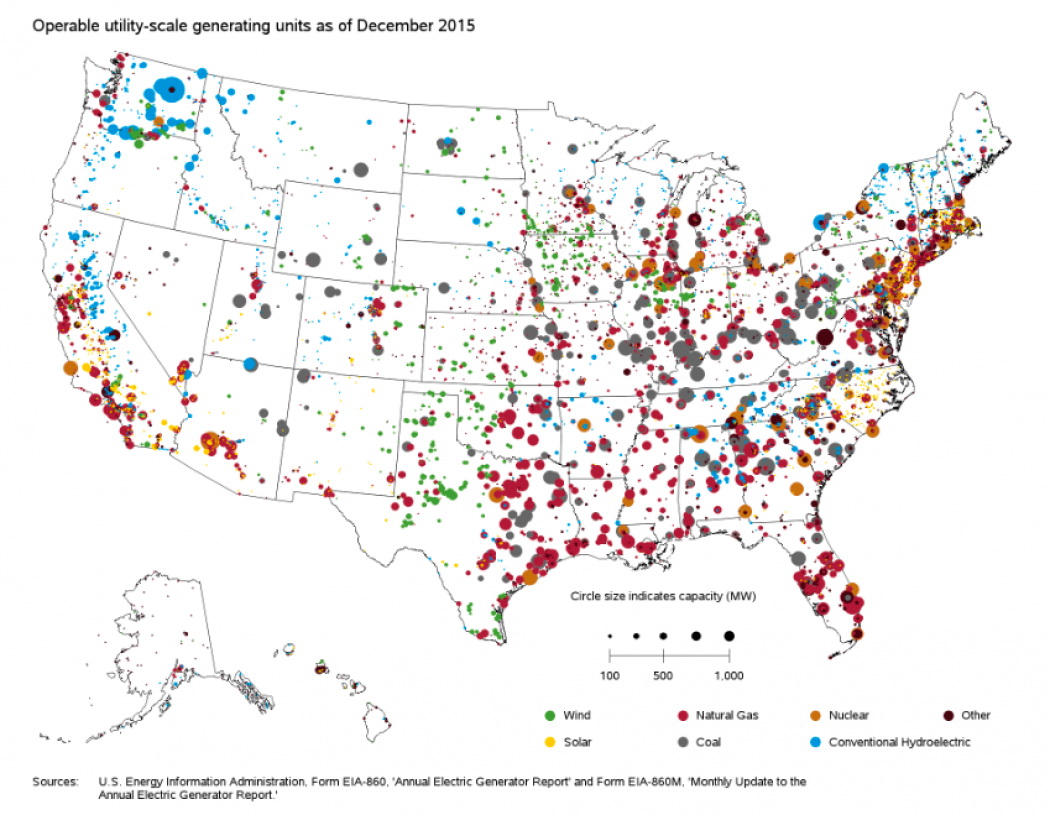 The plan, which has been temporarily blocked by the Supreme Court, aims to cut carbon emissions from coal-fired power plants 32 percent below 2005 levels by 2030.

Low natural gas prices have been driving utilities away from coal for most of the last decade as the nation’s shale gas and fracking boom flooded the market with gas. Prior to 2008, coal generated half the nation’s electricity. Today, it generates less than 30 percent.

Renewable energy sources are also playing a role in the transition away from coal. More new wind and solar plants are expected to become operational in 2016 than new natural gas plants. 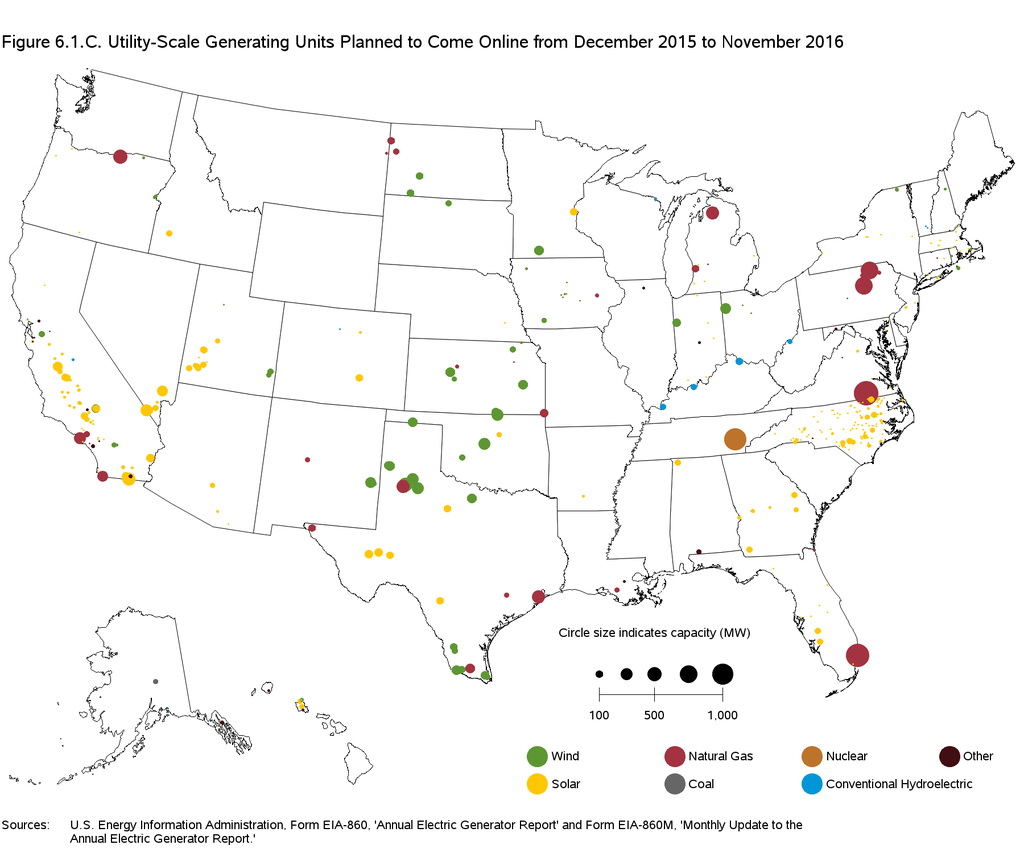