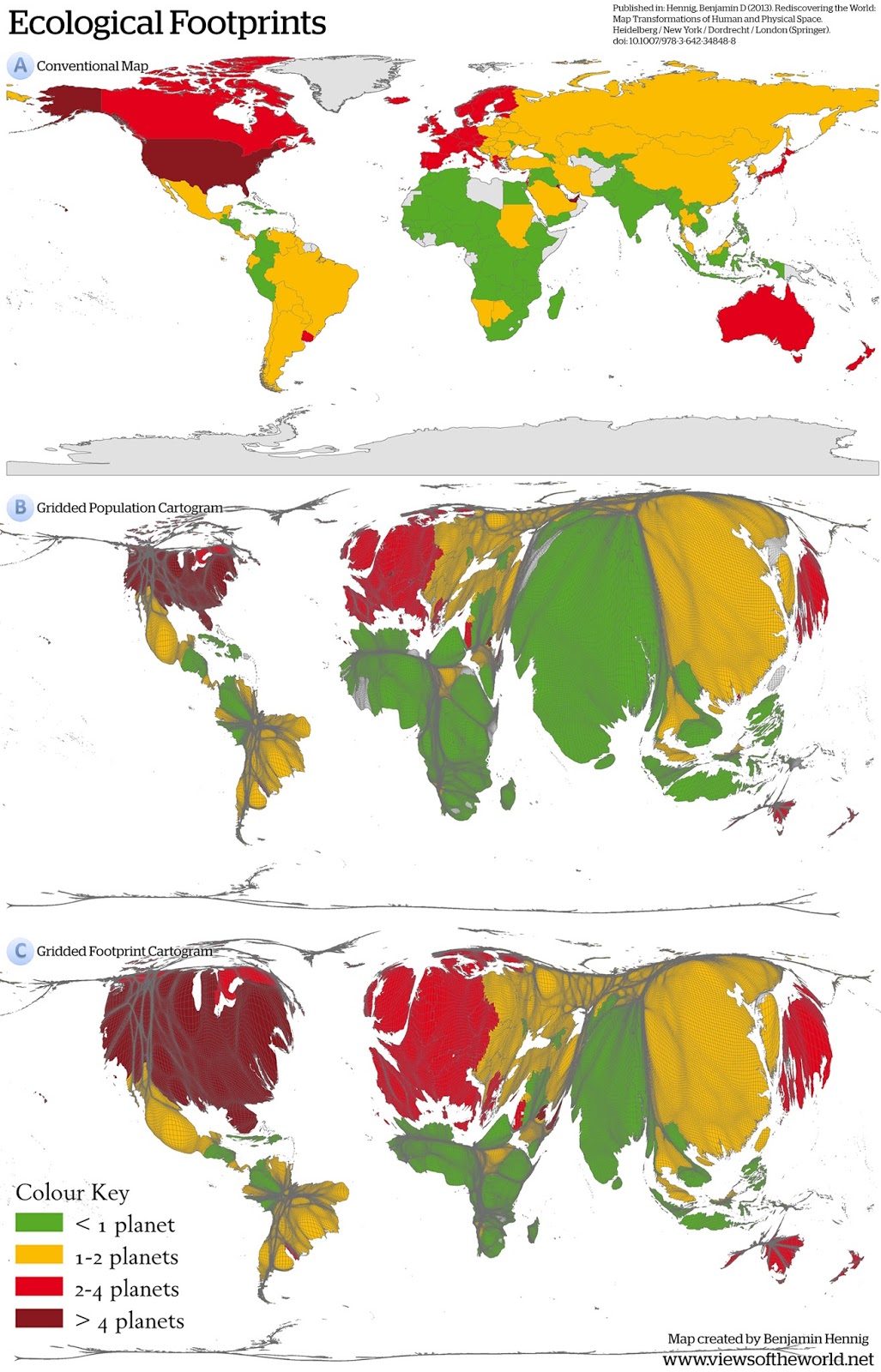 The ecological footprint describes the number of planets that were needed for a sustainable future if all people on the planet were using the same resources. It is expressed as x-planet living for a country. A: Shown on a conventional map, B: Shown on a gridded population cartogram, C: Shown as a gridded cartogram where each grid cell is resized according to its total ecological footprint.