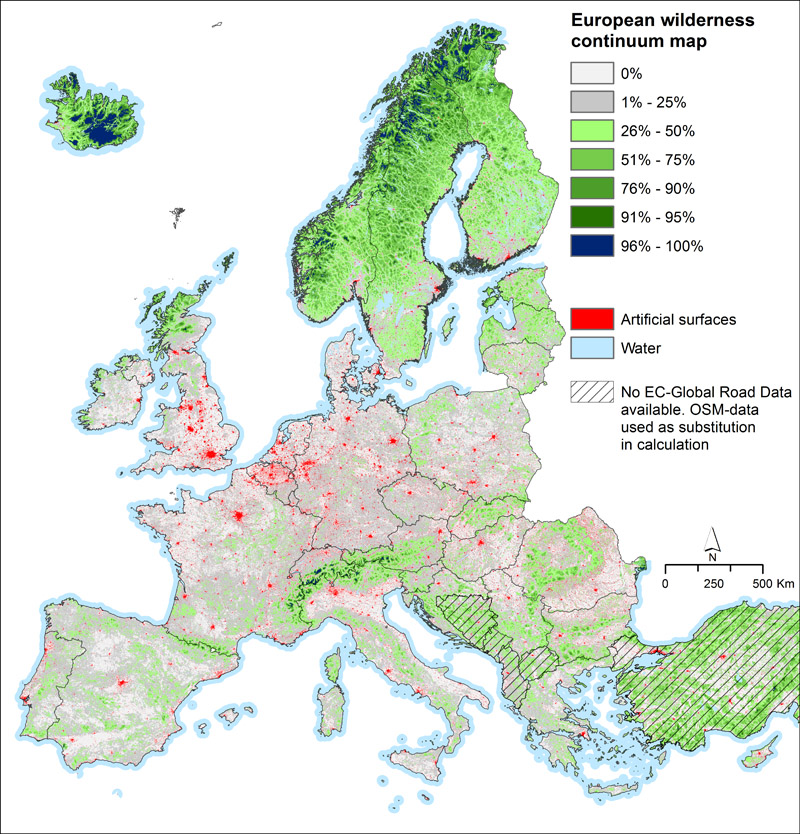 Much work has already been done on mapping wilderness and wilderness quality indices (WQI) across a range of spatial scales from global to local. This has been based largely on the concept of a wilderness continuum using spatial attributes of naturalness and remoteness to map levels of wildness ranging from least to most wild. 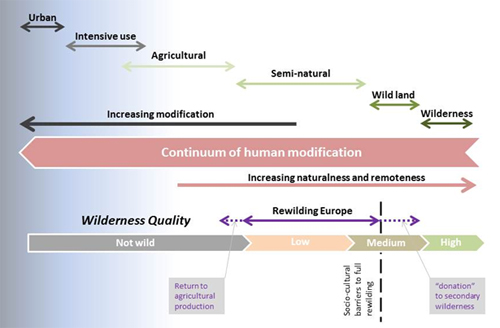 A global inventory of wilderness was first performed on paper by using information gathered from jet pilot navigation charts and further developed into a wilderness continuum using modern GIS methods and data. A WQI has been developed for the EU as part of a European wilderness register and Scottish Natural Heritage have used similar methods to map wildland areas for Scotland. The latter is based on methods and approaches developed for the Scottish National Parks which demonstrates how a relative value of wildness can scale between different areas with different absolute maximum and minimum values.