Where is the world running out of water?

The change in levels of the Earth's largest aquifers, in millimeters per year 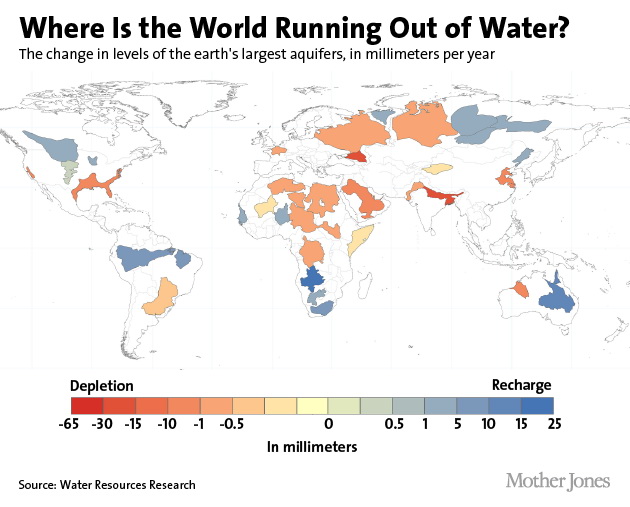 The study, published this week in the journal Water Resources Research, used 11 years of satellite data to measure water depletion. Eight aquifers, primarily in Asia and Africa, were qualified as "overstressed," meaning they had nearly no natural replenishment. The most stressed basin was the Arabian Aquifer System, beneath Saudi Arabia and Yemen. Other quickly disappearing aquifers were the Indus Basin aquifer, between India and Pakistan, and the Murzuk-Djado Basin, in northern Africa.
Five other aquifers, including California's Central Valley Aquifer, were "extremely" or "highly" stressed, with some natural replenishment but not enough to make up for growing demand.