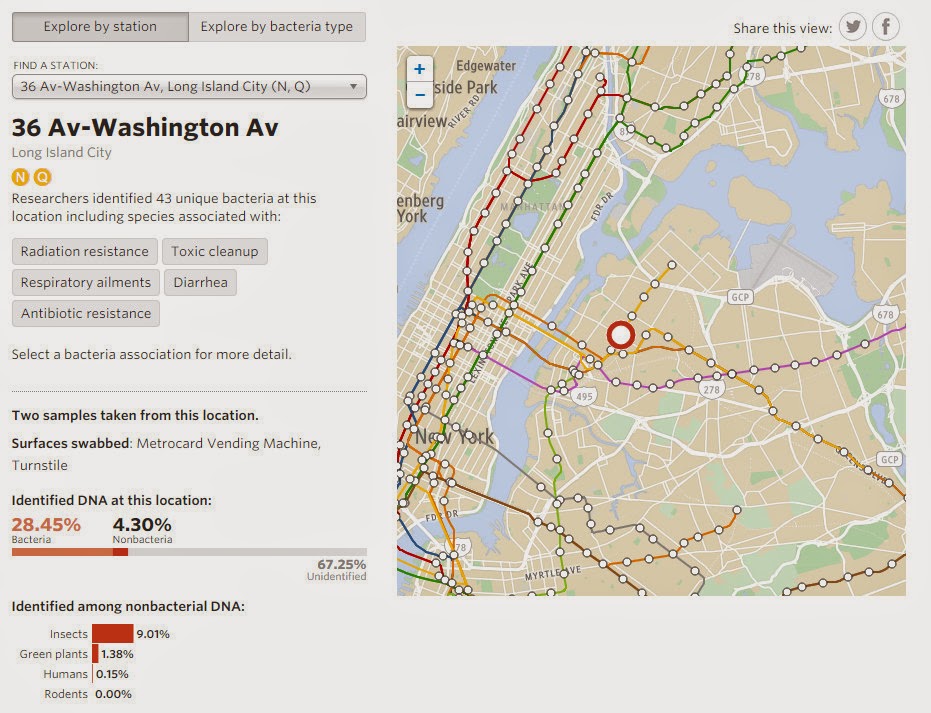 Every day, New York City’s 5.5 million commuters seed the city subways with bacteria from the food they eat, the pets or plants they keep, and their shoes, sneezes and unwashed hands.
For the first time, researchers at Weill Cornell Medical College sampled DNA in New York City’s 466 open subway stations. They found genetic material from 15,152 different species, most of them harmless or unidentified. Almost half the DNA belonged to bacteria. No two subway stations were exactly the same, and the research continues.
So far, the scientists have identified 67 bacteria species associated with disease and infections. Here are details on a few of the bacteria found.
Labels: Maps Microbiology USA