The ecological wealth of nations

Ecological assets are at the core of every nation's long-term wealth. Yet today, population growth and consumption patterns are putting more pressure on our planet's ecosystems, as seen in water shortages, reduced cropland productivity, deforestation, biodiversity loss, fisheries collapse and climate change. Ecological Footprint accounting compares how much demand human consumption places on the biosphere (Ecological Footprint) to the area, or supply, of productive land available to meet this demand (biocapacity). Both Footprint and biocapacity are measured in global hectares. Footprint accounting exposes the unique risks and opportunities that natural resource constraints pose to each nation. 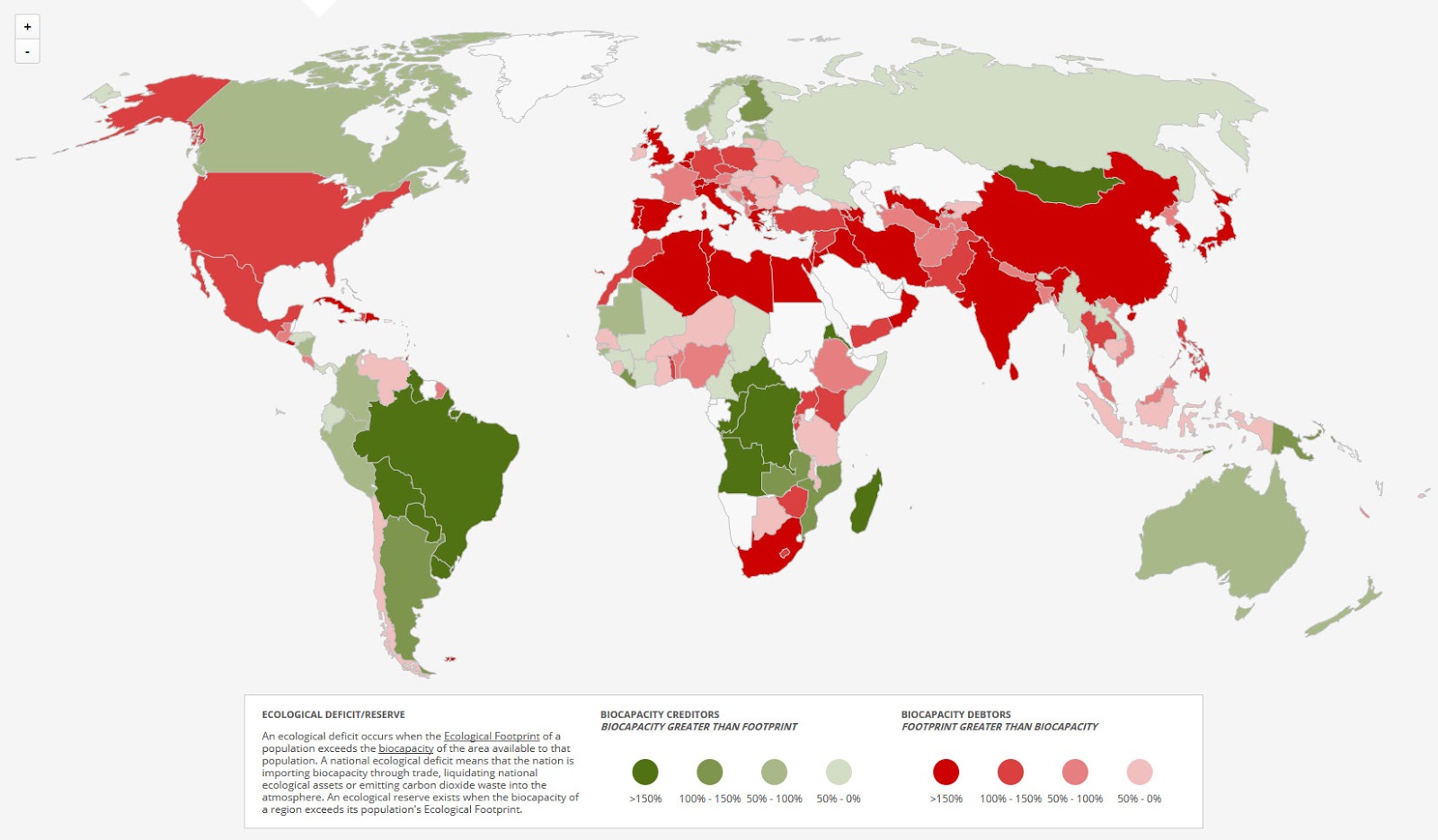 Ecological footprint
The Ecological Footprint measures how much demand human consumption places on the biosphere. It is measured in standard units called global hectares. 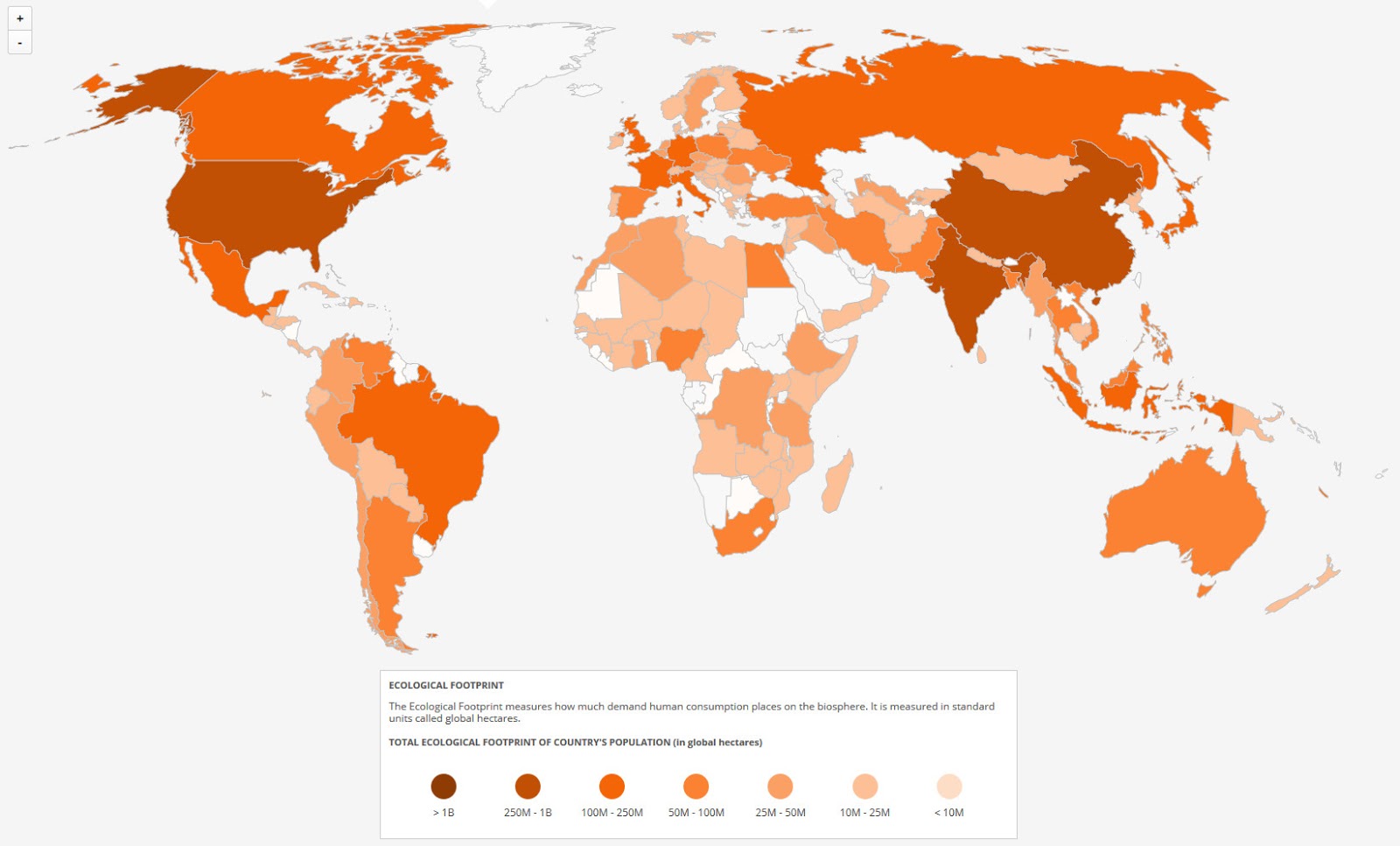 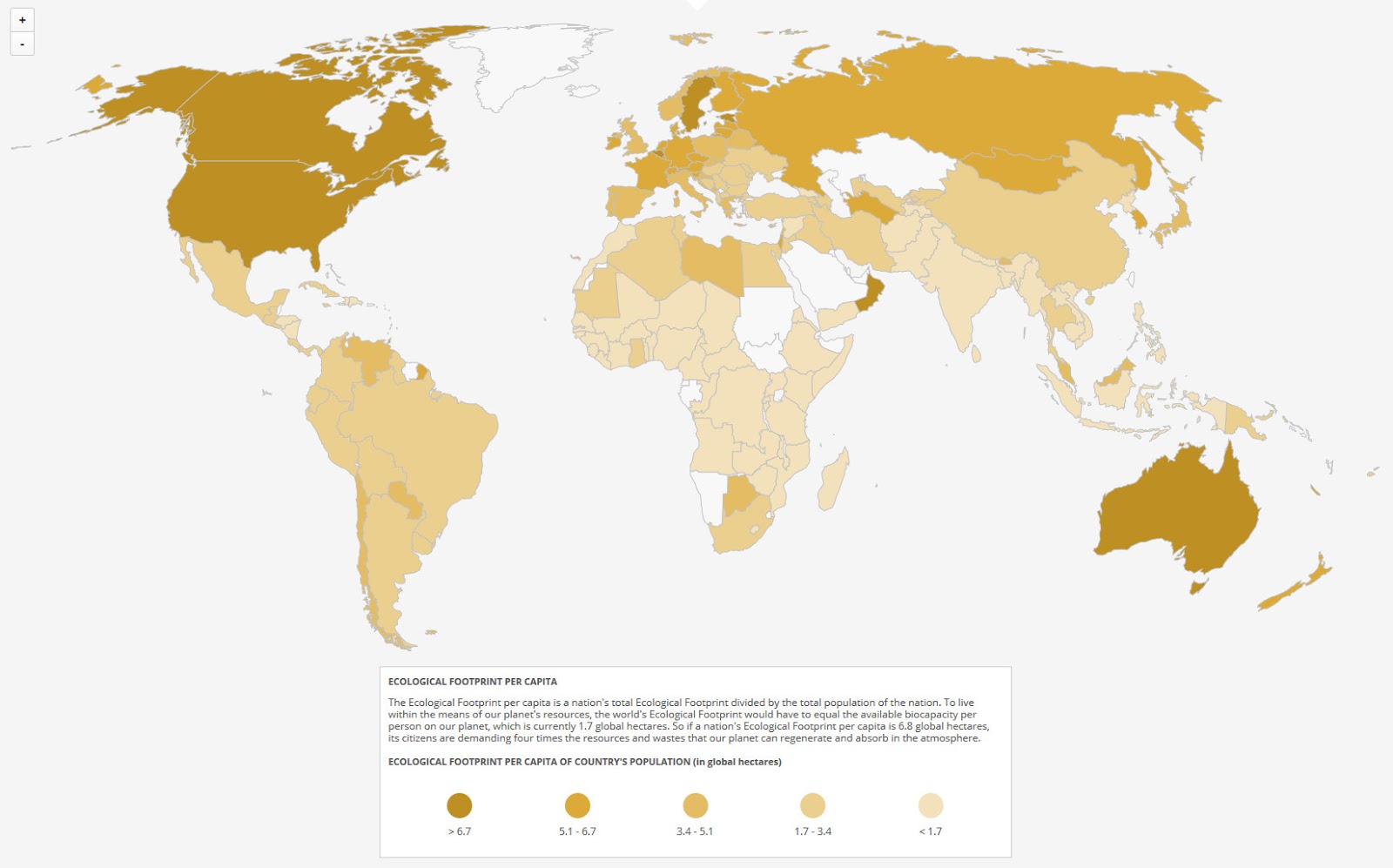 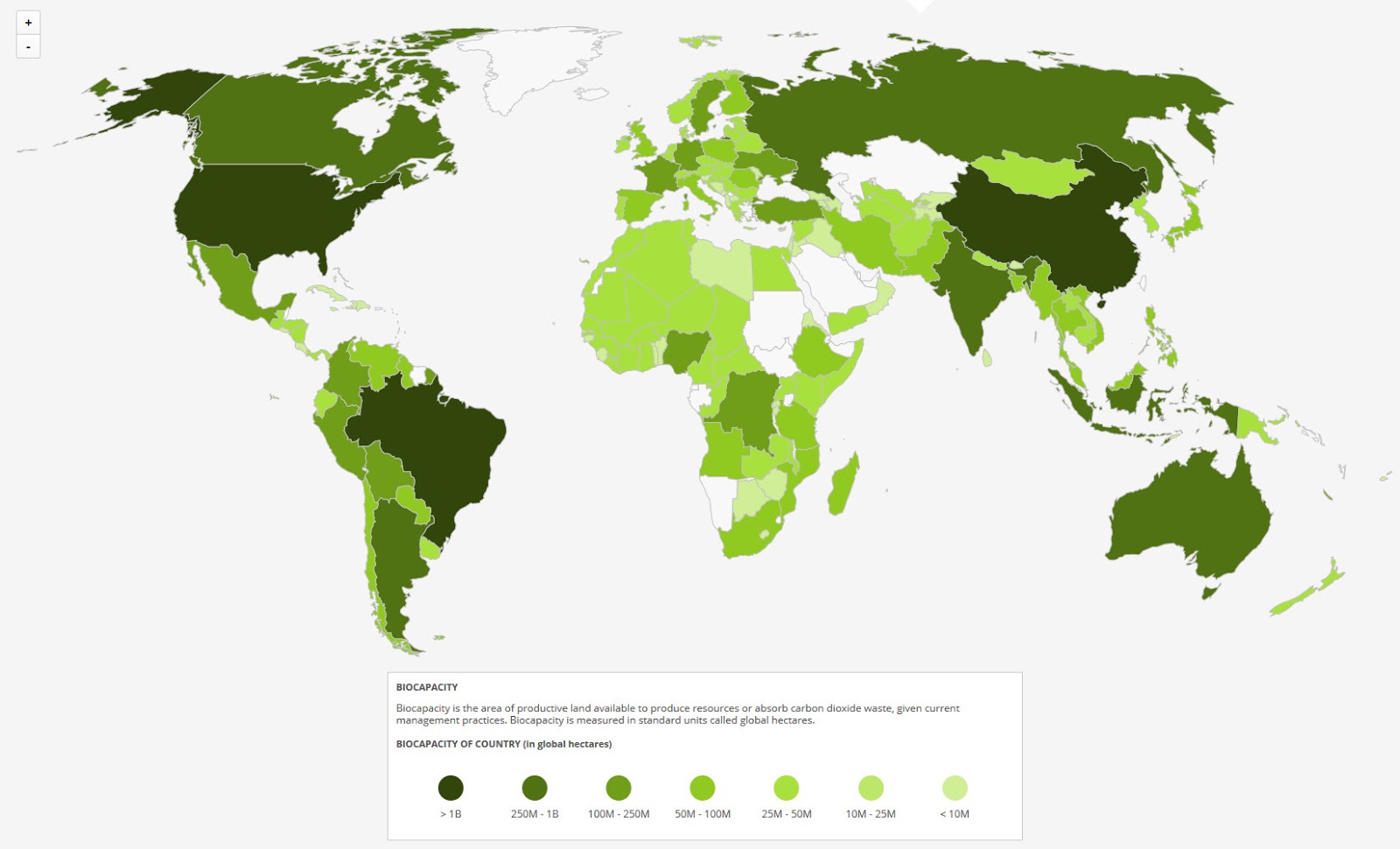 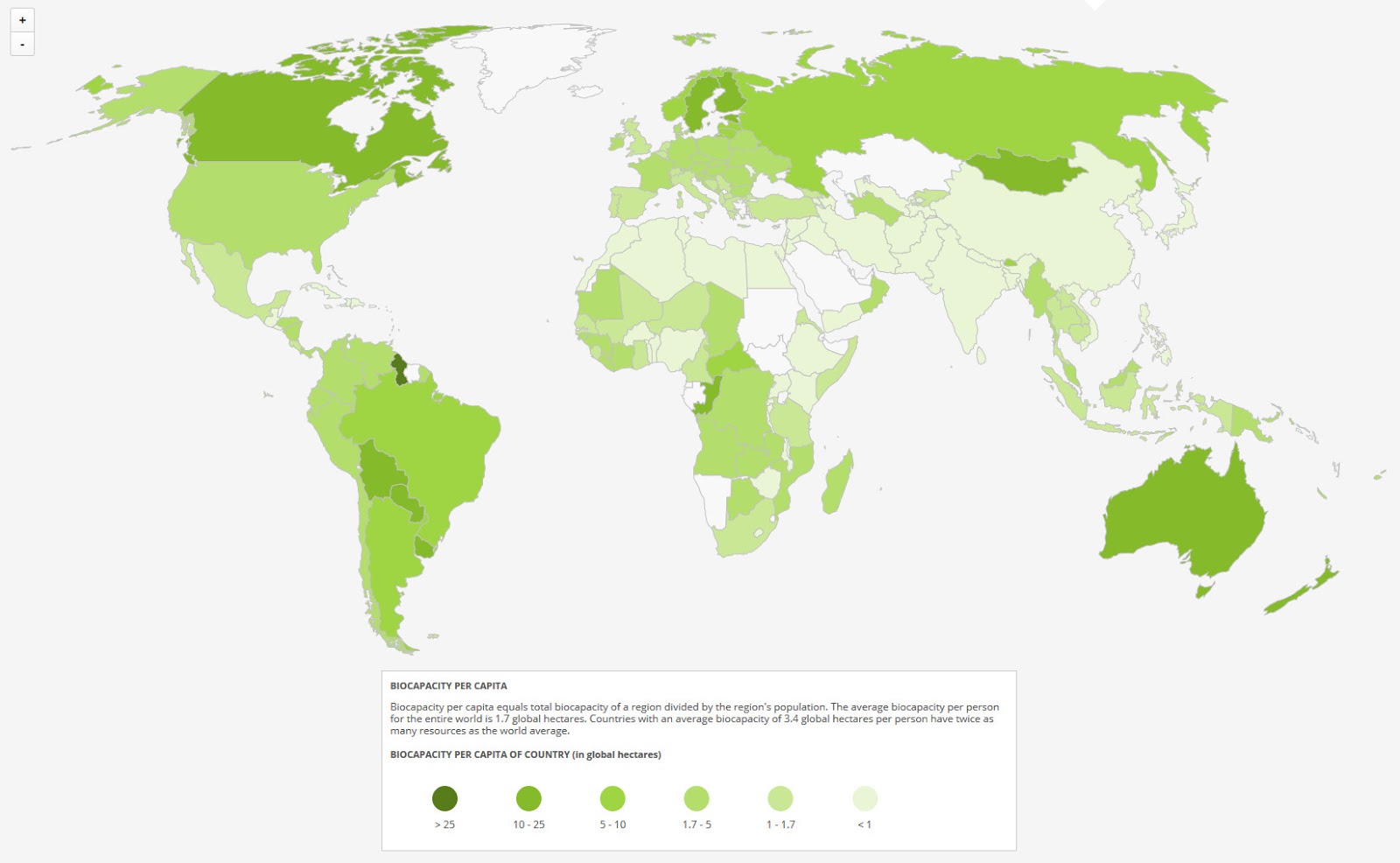