The map below shows Arctic sea ice extent for May 2016 was 12.0 million square kilometers (4.63 million square miles). The magenta line shows the 1981 to 2010 median extent for that month. The black cross indicates the geographic North Pole. 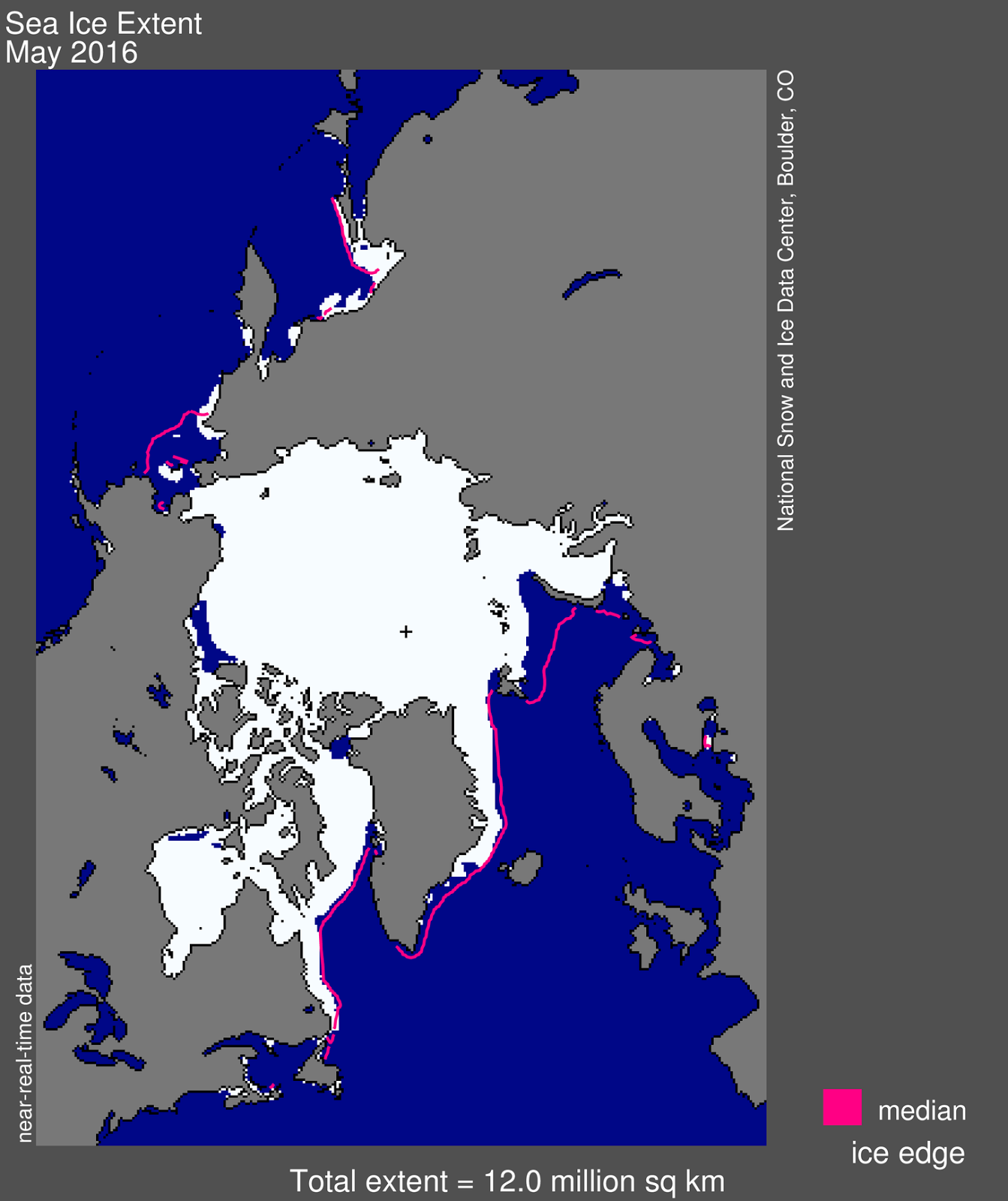 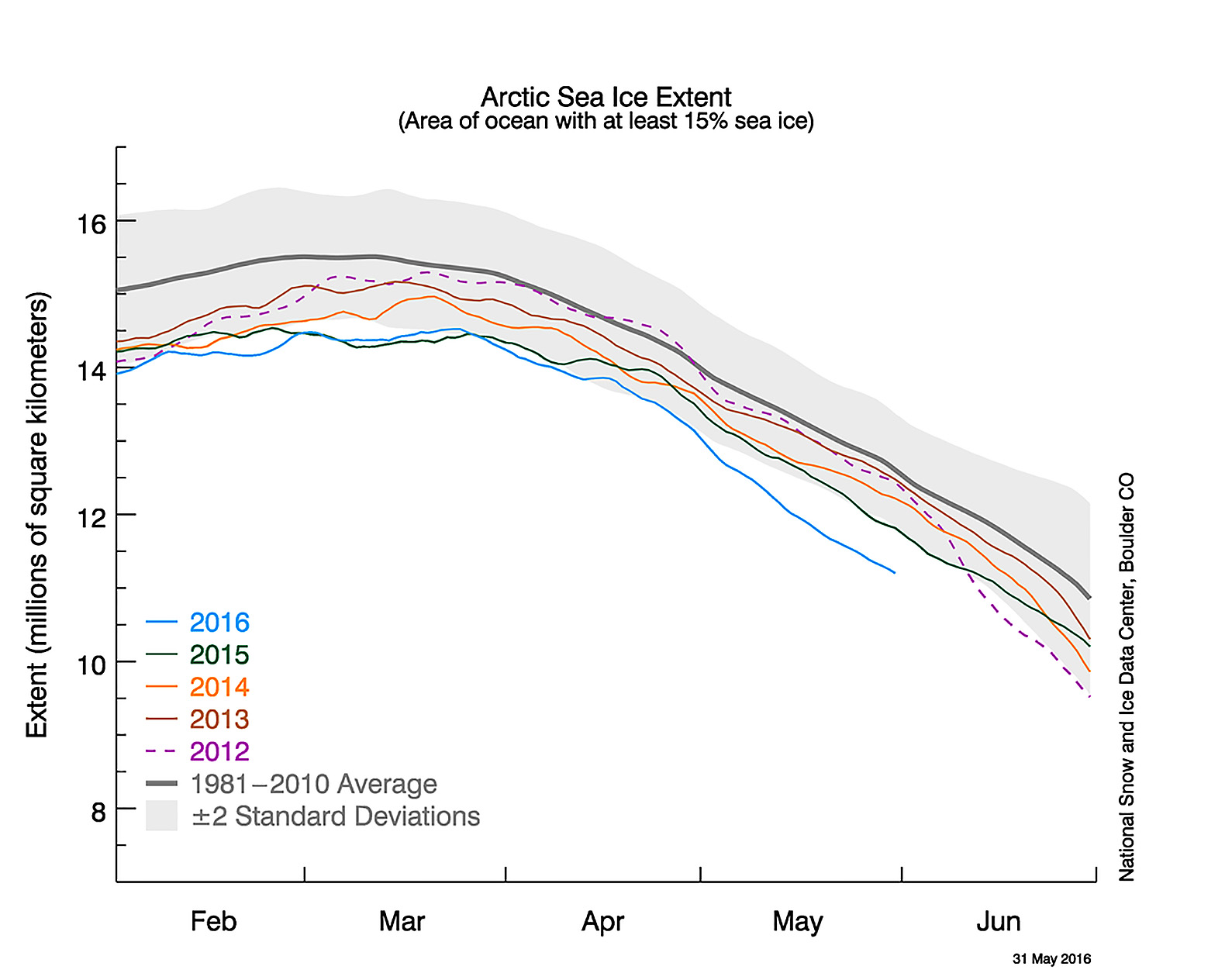