The series imagines a pattern of extreme weather changes, forcing the earth’s natural and urban landscapes into ruin and disrepair. beloved landmarks, towns and touristic sites are afflicted by heat waves, ice storms and droughts, leaving each in a state of decay and degeneration.

Kazantsev envisages venice’s world-celebrated canals without water, leaving a sad scene of abandoned gondolas at the bottom of an empty waterway; unusually warm conditions sees an alpine town without any sign of snow, the unfortunate scene unfolding from a lone tram car descending down the moistureless mountainside; beachgoers appear to find the sight of a mammoth glacier sitting just off the sandy shores an ordinary circumstance. ‘Cataclysm happens’ - made for burjui design bureau and their client, gefest insurance company – sheds an unnerving light on the potential for natural disaster, and uncovers the alarming scenarios if such havoc were to ensue. 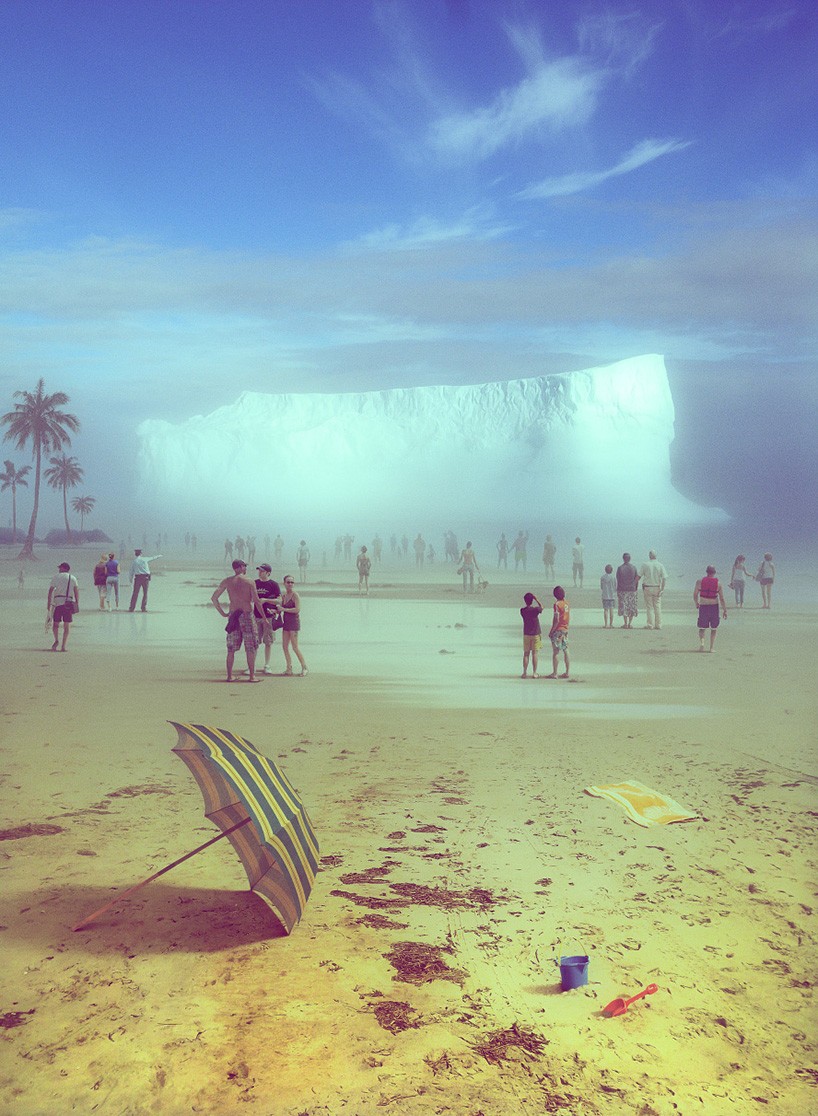 Huge iceberg sailed to the beach. 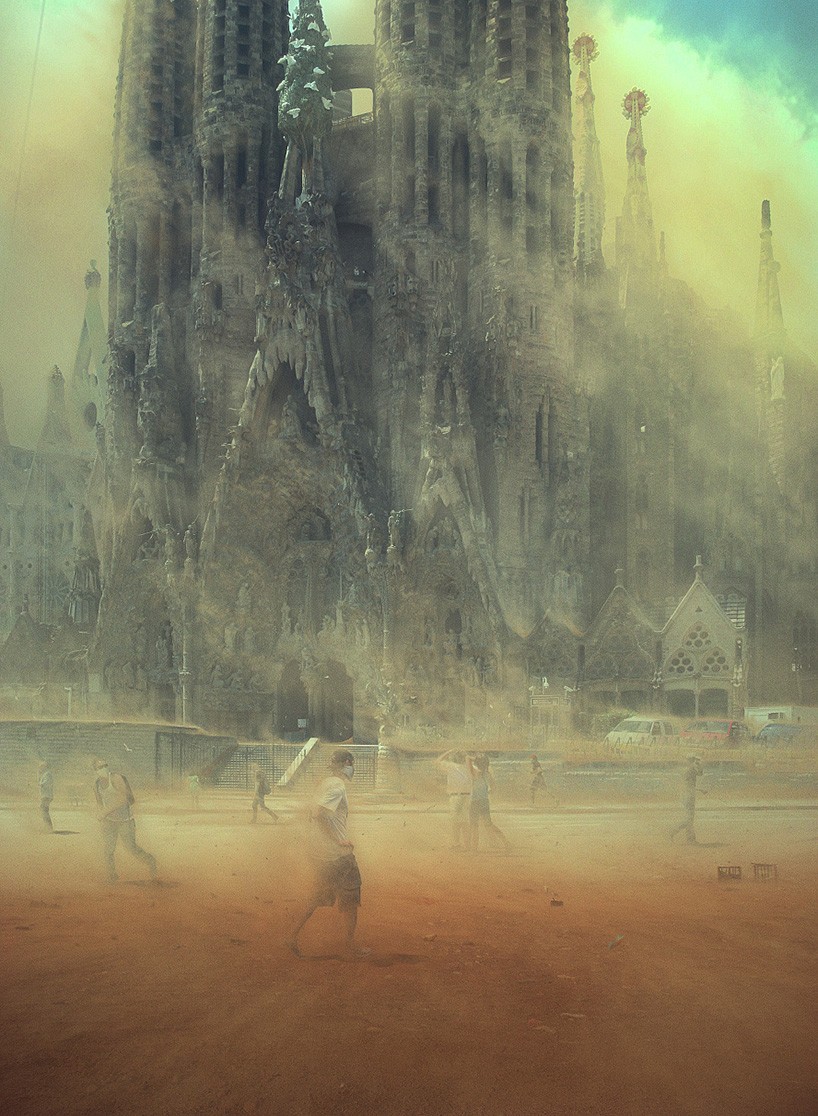 Barcelona’s landmark sagrada familia is in near ruins, as a result of an extreme dust storm. 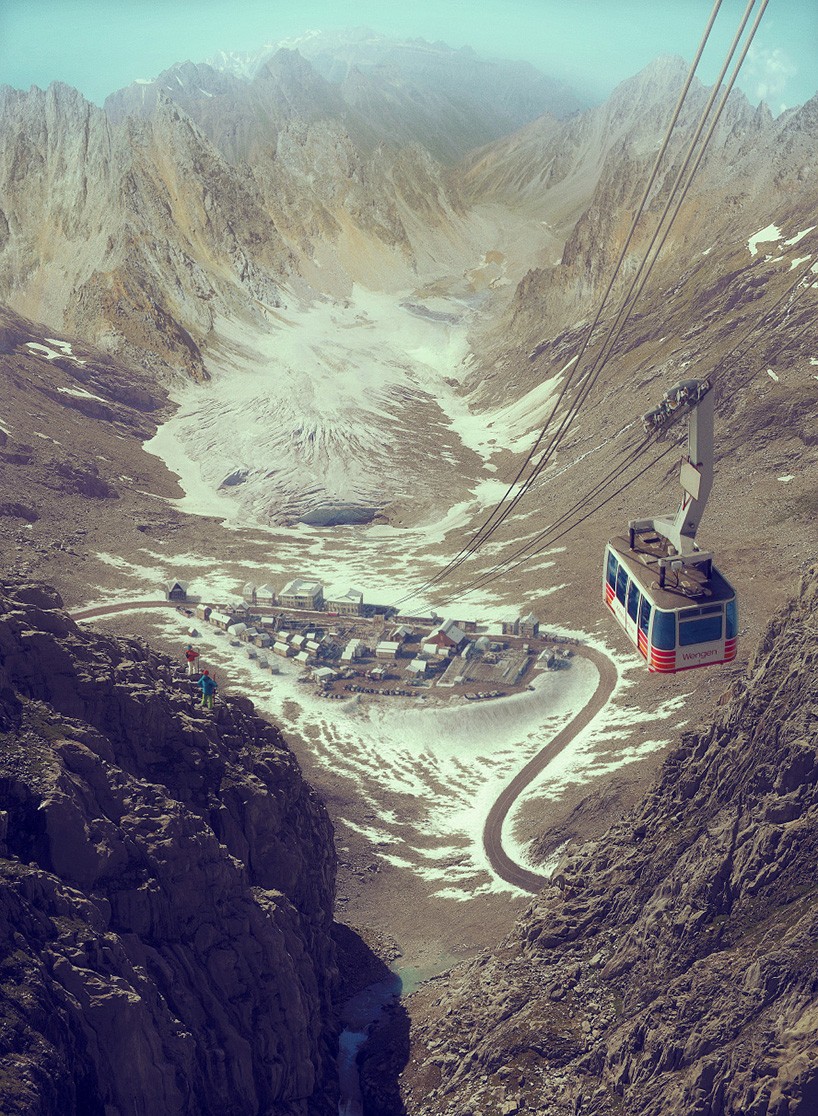 Unusually warm conditions sees an alpine town without any sign of snow. 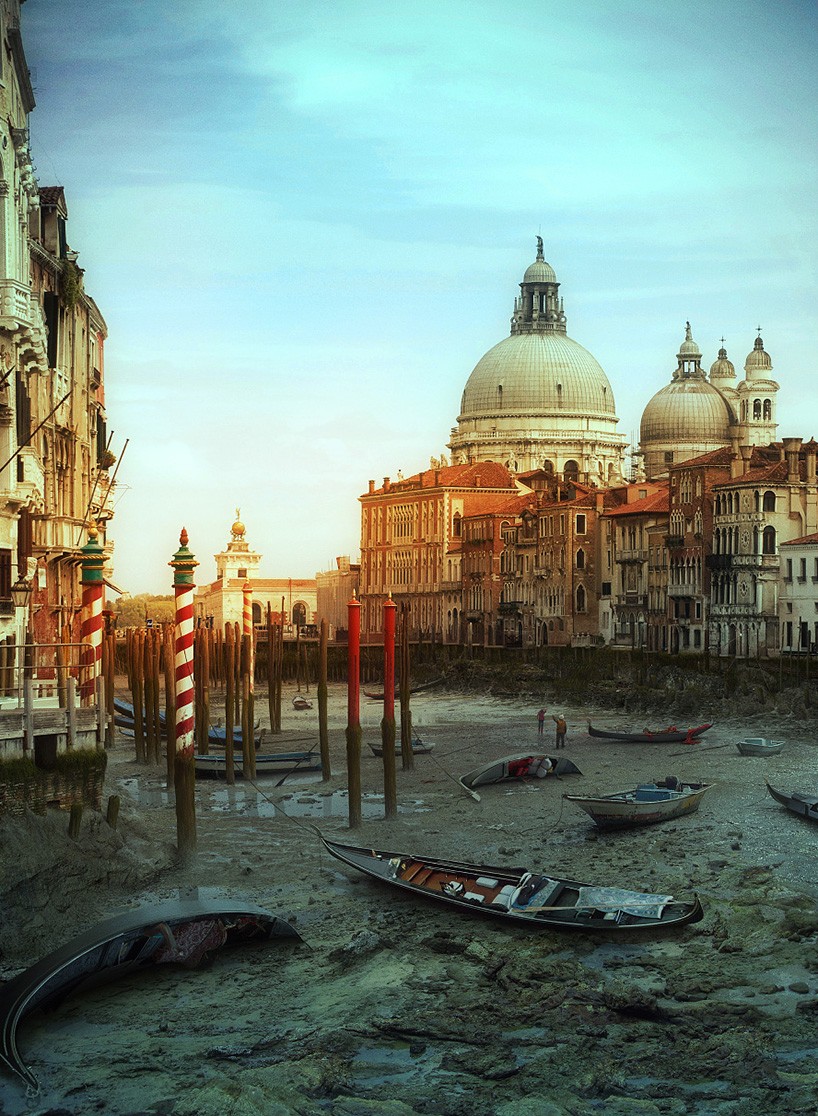 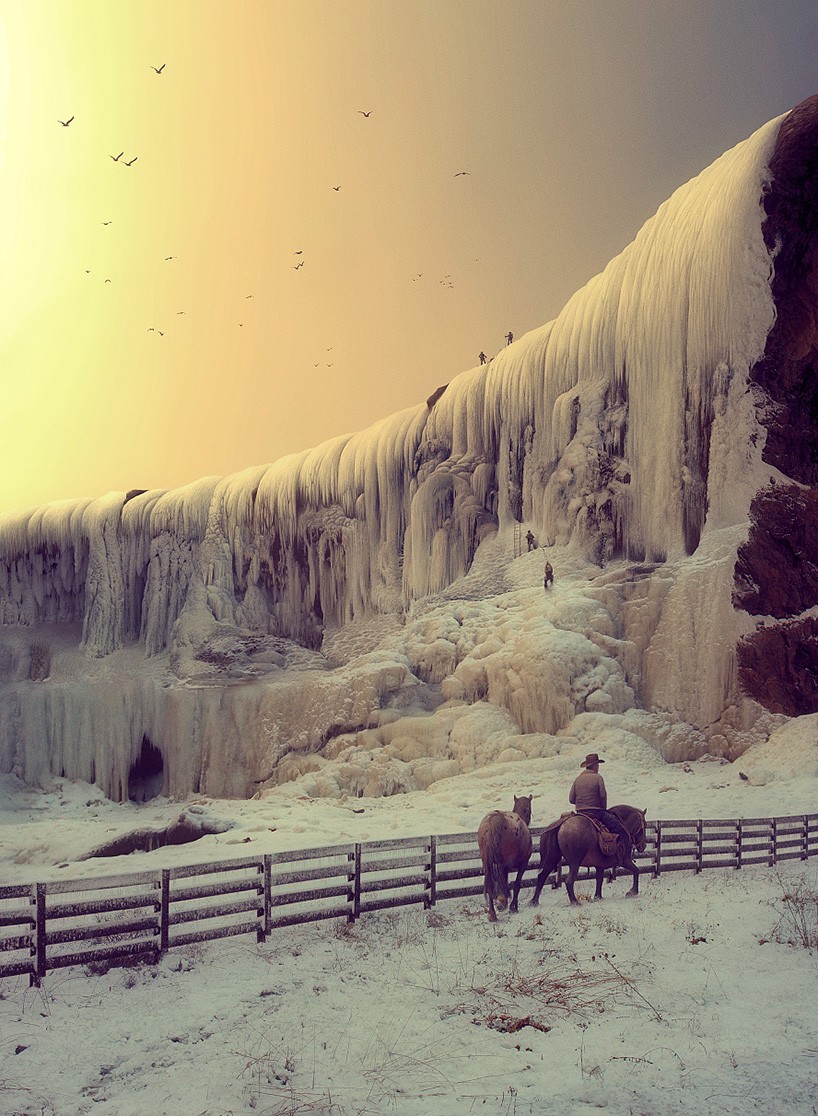 A deep freeze leaves a waterfall frozen as ice. 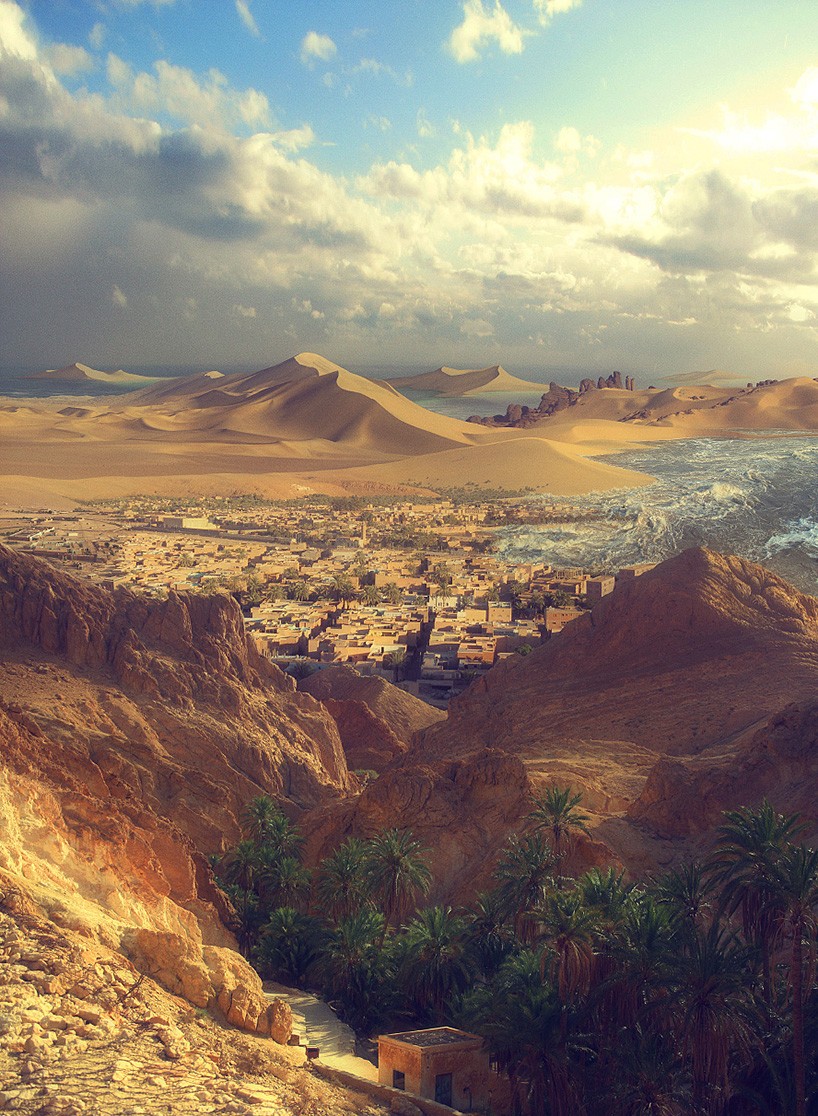 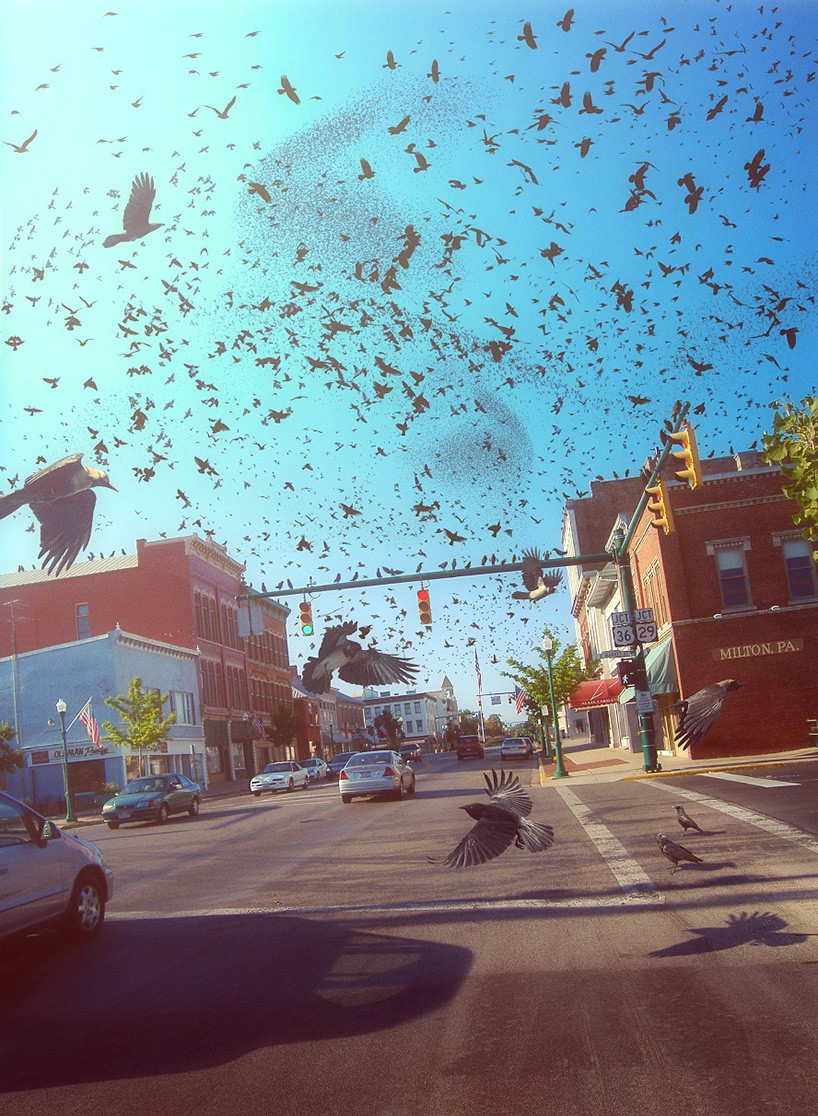 Weather patterns force a flocks of birds to loose track of their directional pull. 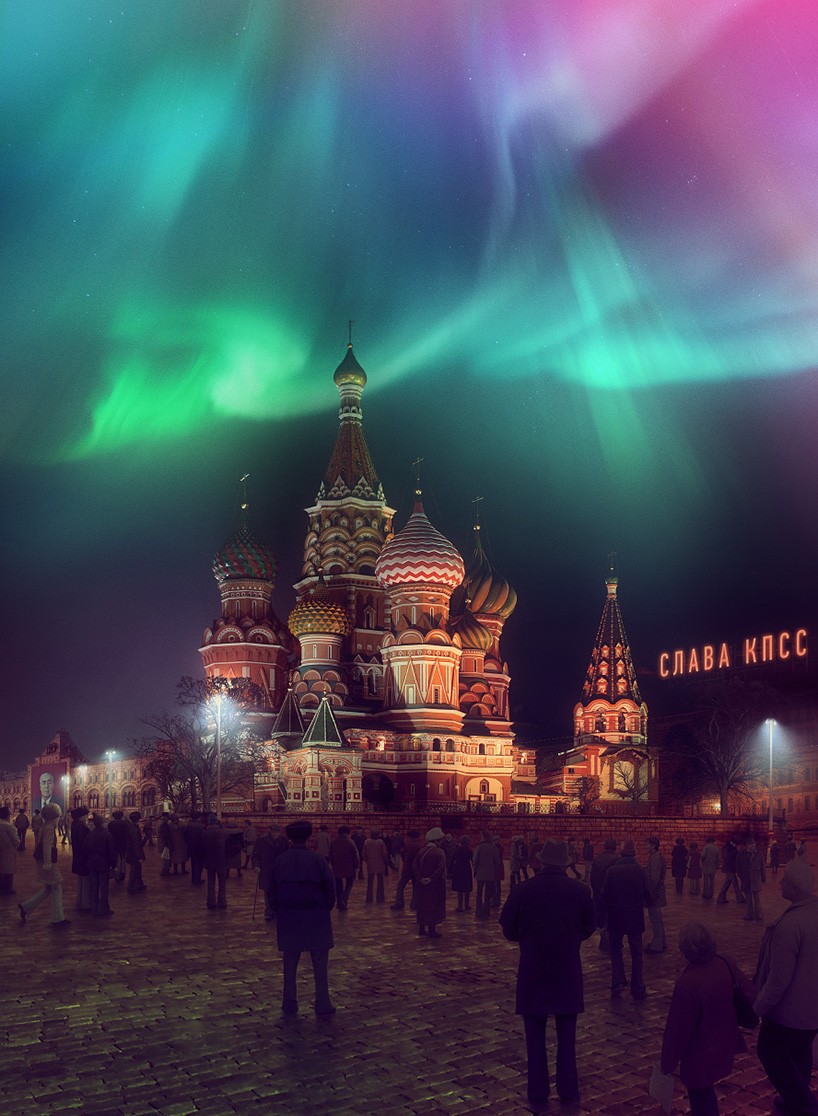 Strong magnetic storm . Aurora can be seen in Moscow. 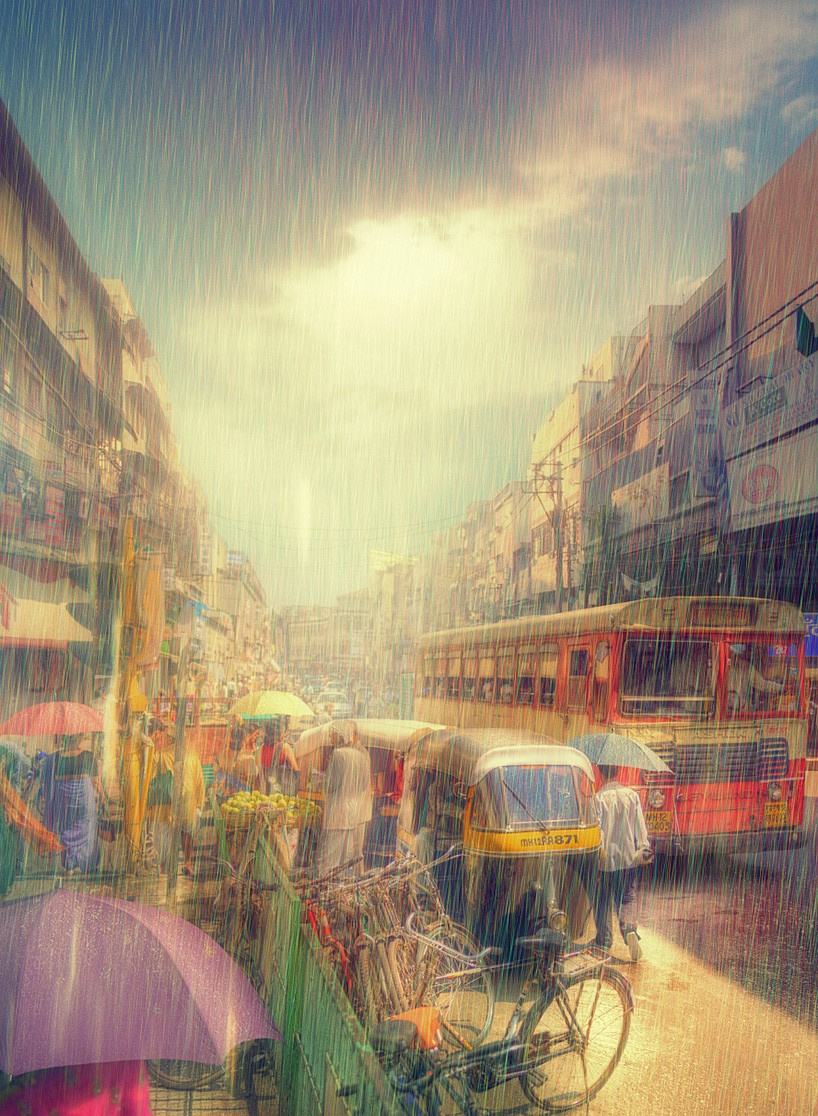 A torrential downpour rains down on a city street.