Density Gradien of Native Palm in the U.S.

The map below illustrates the density of native palm species in the United States. As a side note, while palm trees can grow outside of this area, they will not be found in the wild outside of this zone. 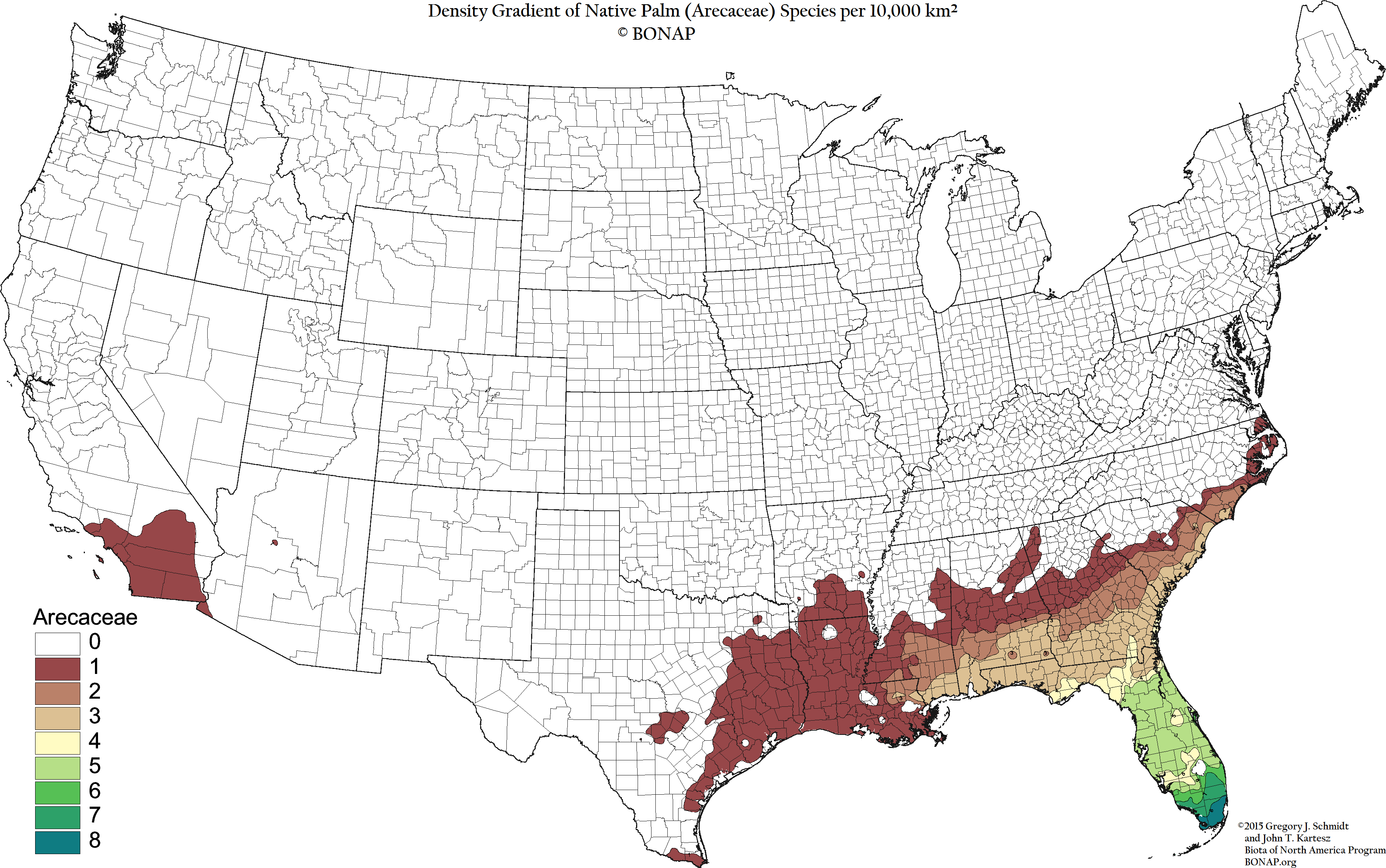 Fourteen species of palms, belonging to nine genera, are native to the U.S.. Only one occurs in the West; the others are naturally distributed in the southeastern and southern States - from North Carolina through Florida and the Gulf Coast into Texas and as far inland as Arkansas and southeastern Oklahoma. Some of them cover extensive areas.
The greatest number of species occurs in Florida. The total of 14 is a relatively large representation since the southern tip of Florida is the only essentially tropical portion of our country. In addition, 2 Old World palms, the coconut and the date, have become naturalized; that is, in many areas where they have escaped from cultivation, the climate and soil have proved so suitable for their growth that they appear to be native. Nine of U.S. palm species are full-sized trees; three of the others are arborescent under certain conditions. The California washingtonia, cabbage palmetto, Texas palmetto, and Florida royalpalm are probably the best known of our native tree palms. The remaining five, including two kinds of thatchpalm, Florida silverpalm, paurotis, and Florida cherrypalm, are much less familiar, occurring in southern Florida or the Florida Keys. But two species - the widely distributed dwarf palmetto and the needlepalm of restricted range— are not treelike.