This uninhabited island in South Pacific Ocean is Littered with 38 million pieces of plastic.
Scientists believe that Henderson Islan is covered in the more plastic trash than anywhere else on the globe. The island contains 671 pieces of plastic trash per square meter. However, no one has actually hauled the garbage here. Instead, the trash washed ashore by ocean currents known as the south Pacific gyre which collects debris from surrounding waters.

Plastic trash not only causes unsightly pollution on these beaches. Marine animals like seabirds and sea turtles can ingest or become entangled in it leading to injury and death. 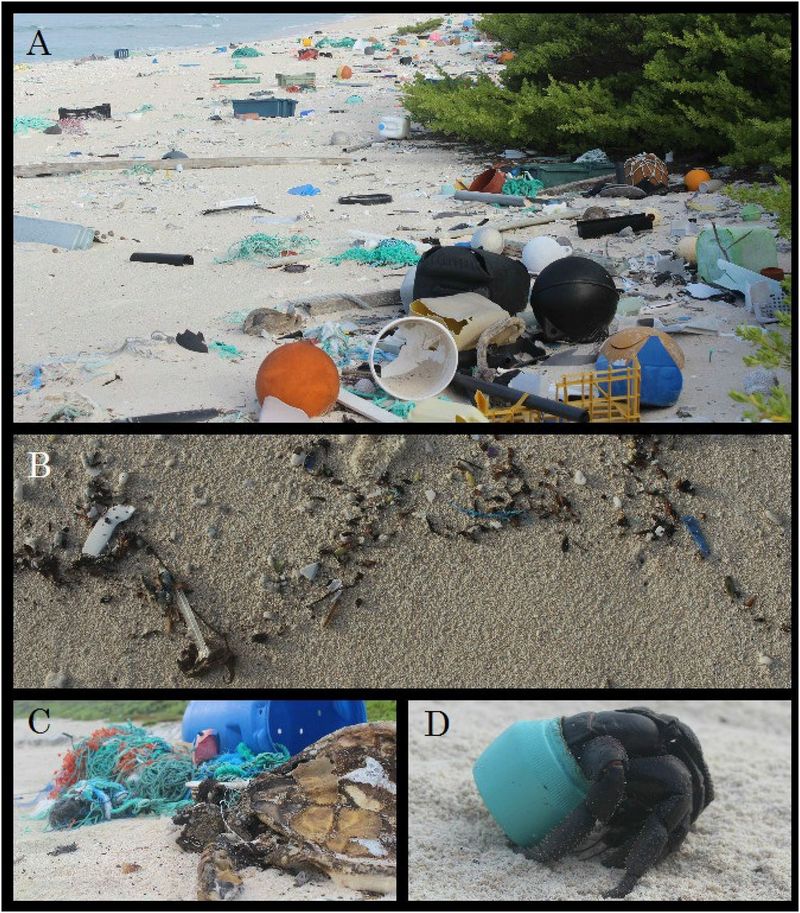 Examples of plastic trash on the island, including a purple hermit crab making its home in a plastic container Photo: Proceedings of the National Academy of Sciences. 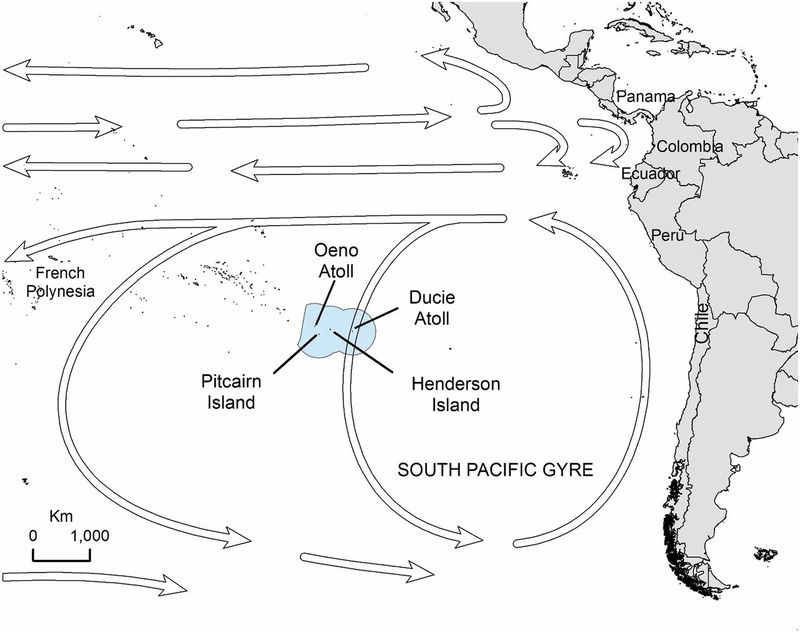 The location of Henderson Island. Arrows indicate the direction of major oceanic currents & the South Pacific gyre. Image: Proceedings of the National Academy of Sciences