Brazil regressing in its fight against deforestation 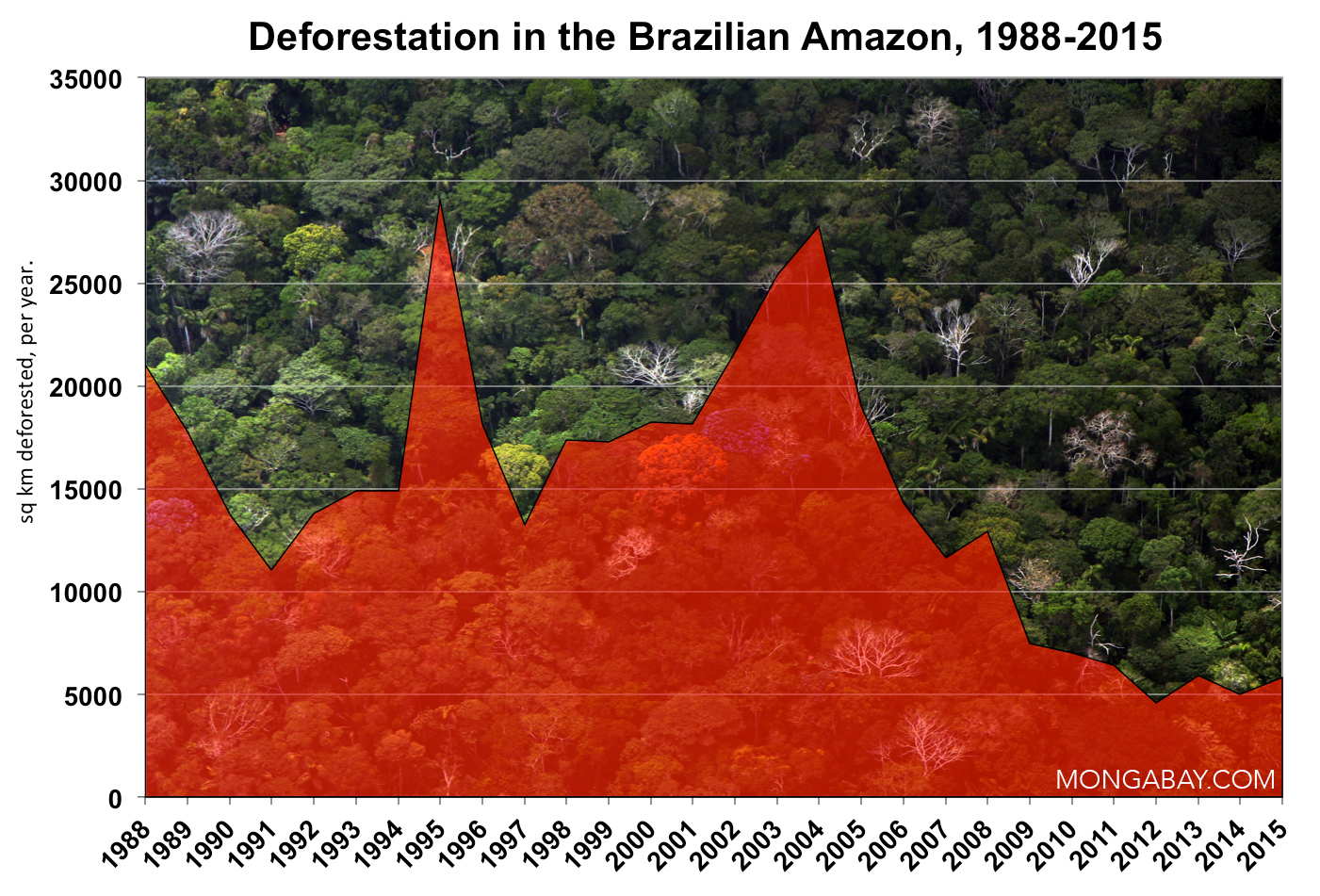 However, in a due diligence process analysts would also discover that the successes of combating deforestation have been partial and, in fact, are threatened. The average annual deforestation rate of the past three years was 5,578 km2, having risen 16% in 2015. When landholders burn the biomass to clear the soil of each new area deforested, they release greenhouse gases equivalent to almost double the 52 million existing light vehicles in the country.

Why is the country regressing in the fight against deforestation?

- The reduction of conservation units in the Amazon to validate illegal occupation and to facilitate licensing the construction of hydroelectric power plants.
- The amnesty of illegal deforestation by changing the Forest Code.
- The implementation of major infrastructure projects without fully implementing measures to prevent environmental impacts.
- Delaying twice the obligation for farmers to register their property in the Rural Environmental Cadaster and the obligation to restore or compensate illegally deforested areas.
- The lax pledge of the Brazilian government to eliminate illegal deforestation by 2030 as part of the national plan to reduce emissions of greenhouse gases established in the global climate agreement.