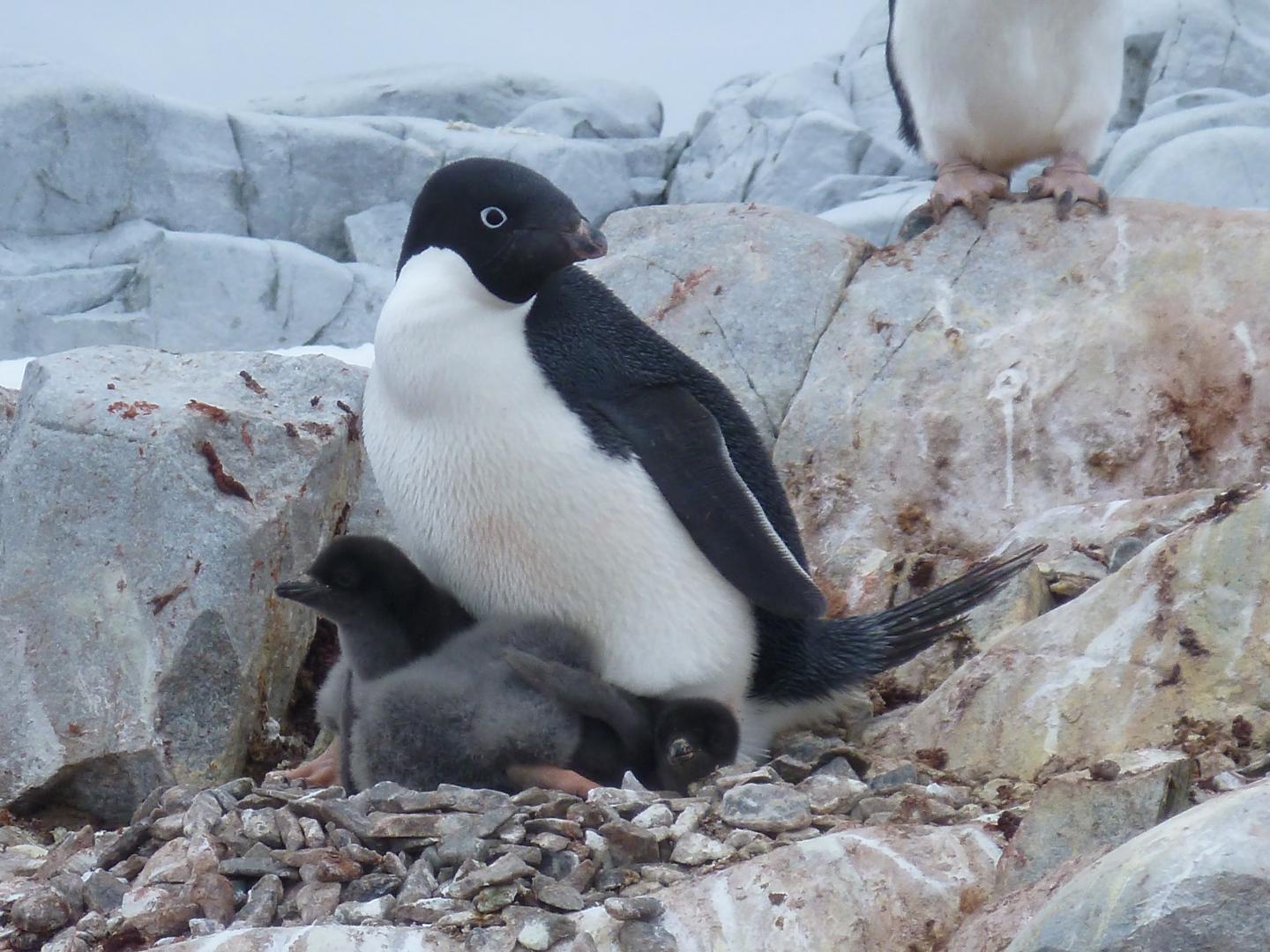 The University of Delaware scientists project that approximately 30 percent of current Adelie colonies may be in decline by 2060, and approximately 60 percent of the present population might be dwindling by 2099. 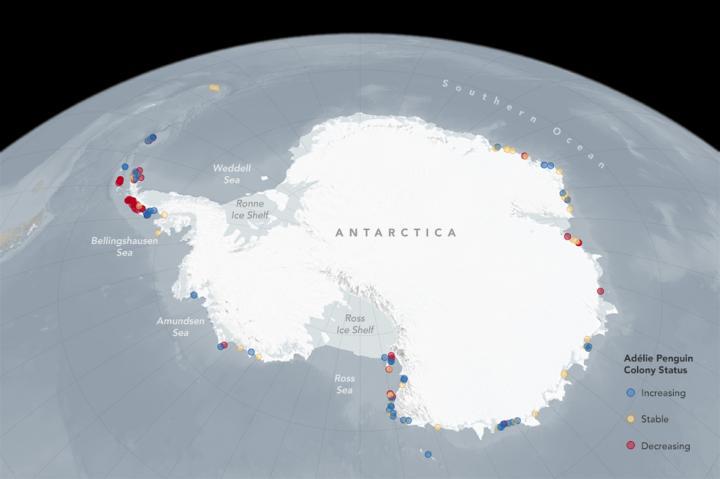 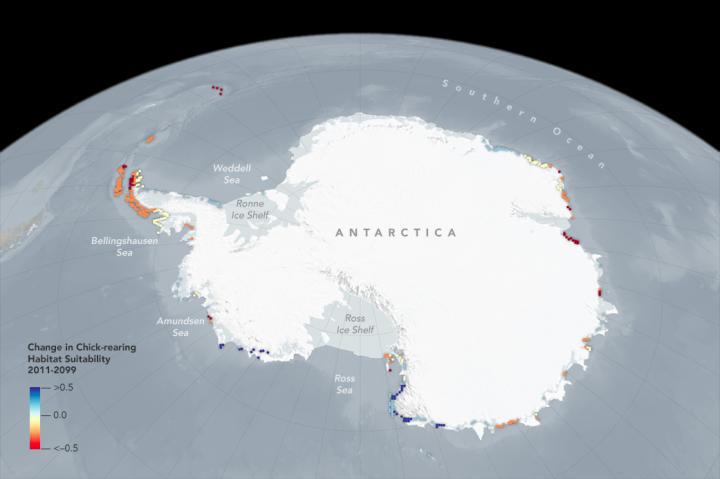 The projected changes to the status of Adelie penguin colonies through the year 2099. Credit: NASA.