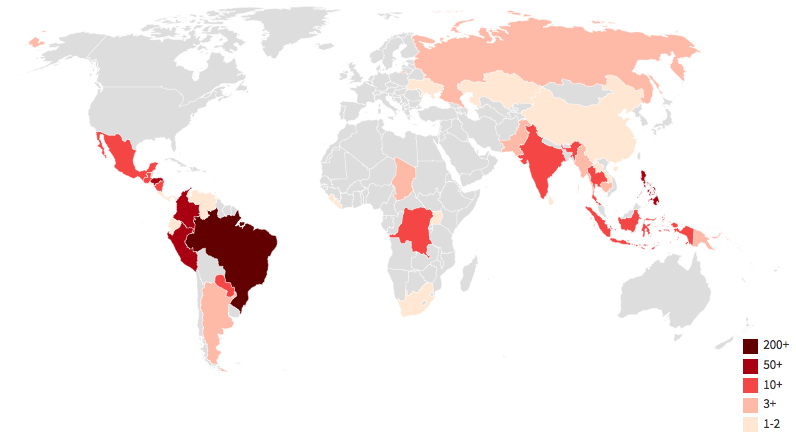 185 people killed for environmental activism in 2015

2012 was the deadliest yar on record for the men & women who defend our planet.
In just 12 months, 185 activists were murdered across 16 countries. Thats three environmentalists a week. Attacks involved assassinations, torture & public executions. These alarming findings are documented in a new report by watchdog group globall witness.

Corporate entities are encroaching on remote areas in pursuit of dwingling resources...
... clashing with indigenous communities who are desperate to protect their land.

Industries like minning, logging & agribusiness are the biggest threat to environmentalists. Becoust some killings go unreported the actual figure could be much higher.

More than half of the death toll came from just three countries: Brazil, Philippines & Colombia.

The findings shed light on a web of collusion with govetnments increasingly criminalizing environmentalists. Deaths often go uninvestigated and unpunished.