Zika virus is spread primarily by the mosquito species Aedes aegypti. The biggest outbreak of the disease is centered in Brazil, where about 7,000 babies with reported microcephaly have been born since 2015. Health officials there have investigated and confirmed that 1,113 babies do indeed have microcephaly or other defects, while so far confirming that 2,066 do not. The rest remain under investigation.

The disease is currently spreading locally in 42 countries or territories around the world, mostly in Latin America and the Caribbean. In the U.S., there are 346 cases of Zika acquired during travel, but zero cases of the virus contracted through a local mosquito bite. 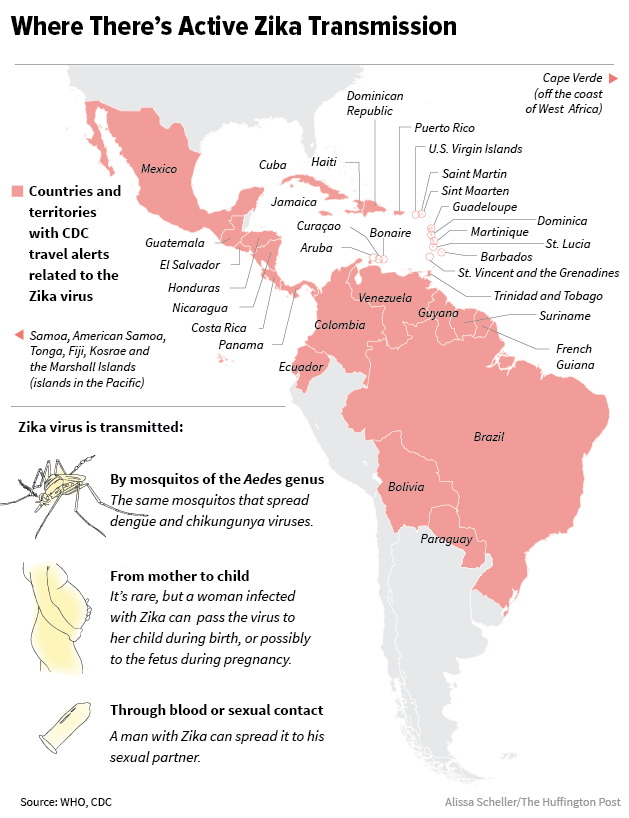 Zika virus is transmitted:
- By mosquitos of theAedes genus (The same mosquitos that spread dengue and chikungunya viruses)
-From mother to child (It’s rare, but a woman infected with Zika can pass the virus to her child during birth, or possibly to the fetus during pregnancy)
- Through blood or sexual contact (A man with Zika can spread it to his sexual partner).