National-level regulation to ban/limit the use of plastic bags and styrofoam. 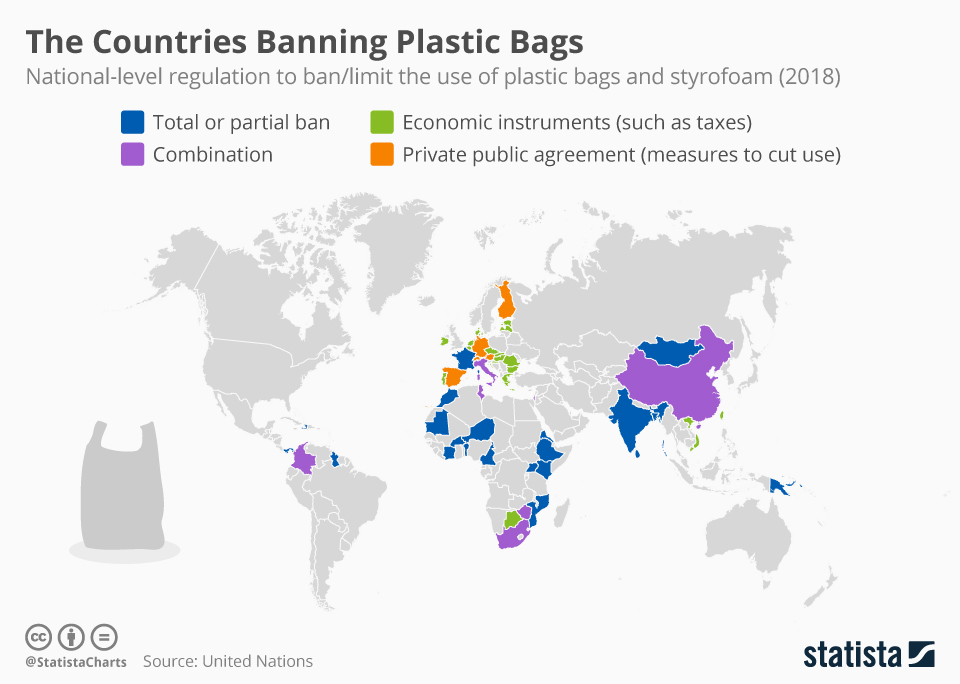 Via statista.com   Ocean debris worldwide kills at least 1 million seabirds and 100,000 mammals each year. Annually approximately 500 billion plastic bags are used worldwide(USA: 380 billion / year). More than one million bags are used every minute. Ireland reduces plastic bag consumption by 90% (over 1 billion bags) between 2001 and 2011 by imposing a plastic bag tax of 37-cent. In France plastic bag tax has raised 10 million euros. Bag ban in China has saved 1 million tons of oil. Prior to the bag ban, Australians were using 7 billion bags a year.
Labels: Plastic