A Century of Visits to U.S. National Parks

-  There are 53 U.S. National Parks
- Yellowstone became the first park and was signed into law in 1872
- The National Park Service was created in August 1916. It services the dual purpose of preserving the parks and making them accessible to the public
- In 2016, the National Parks accounted for almost 24% of all recreational visitors.
- The number of areas managed by the NPS has increased over the years, in 2016 there were a total of 376. Though the number of National Parks has stayed at 53 since 1985. 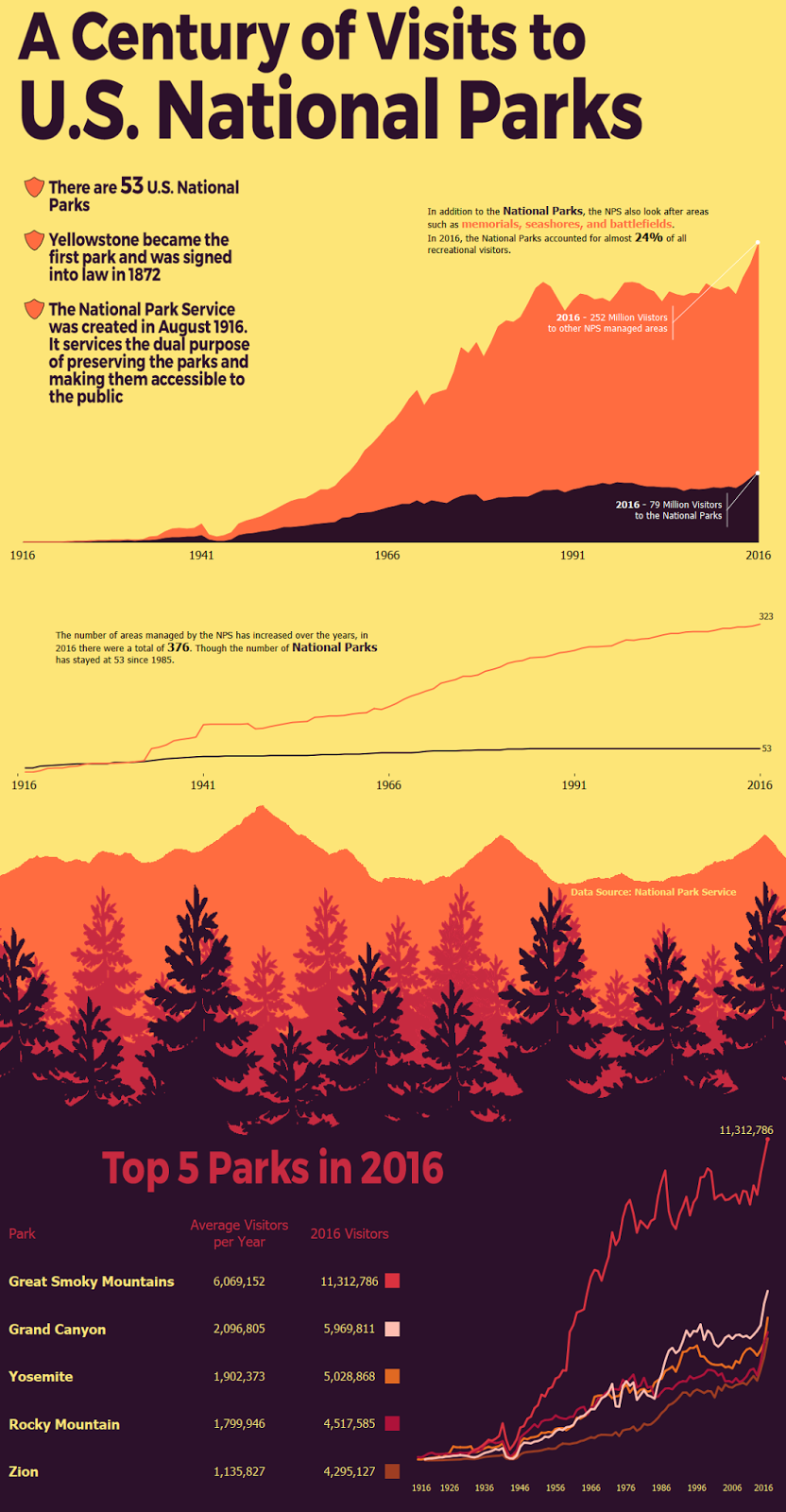