Light pollution in the world 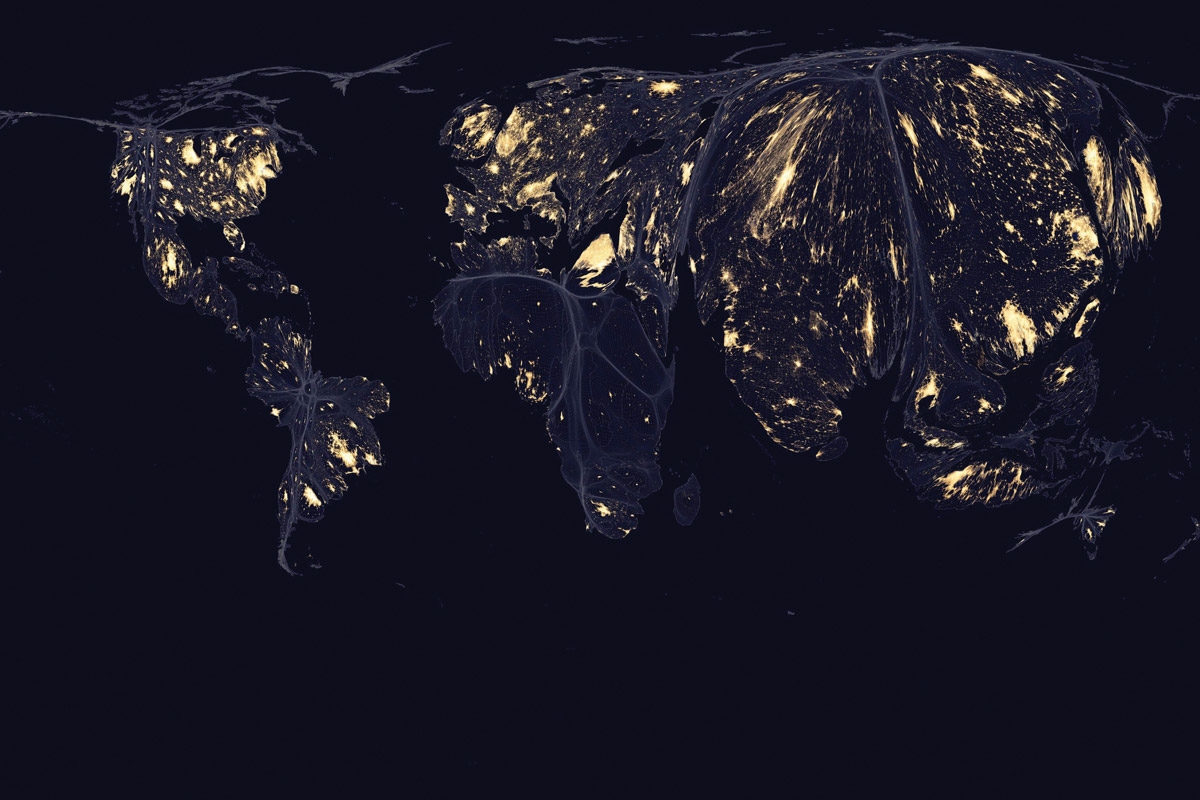 The above gridded equal-population cartogram shows the satellite image resized according to how many people live in an area. Depopulated areas disappear, while the map gives the most densely populated areas the most space. The world’s largest city regions such as the Nile Delta in the north-east of Africa, or the Pearl River Delta in the south-east of China become visible in stunning detail.
Labels: Maps Pollution