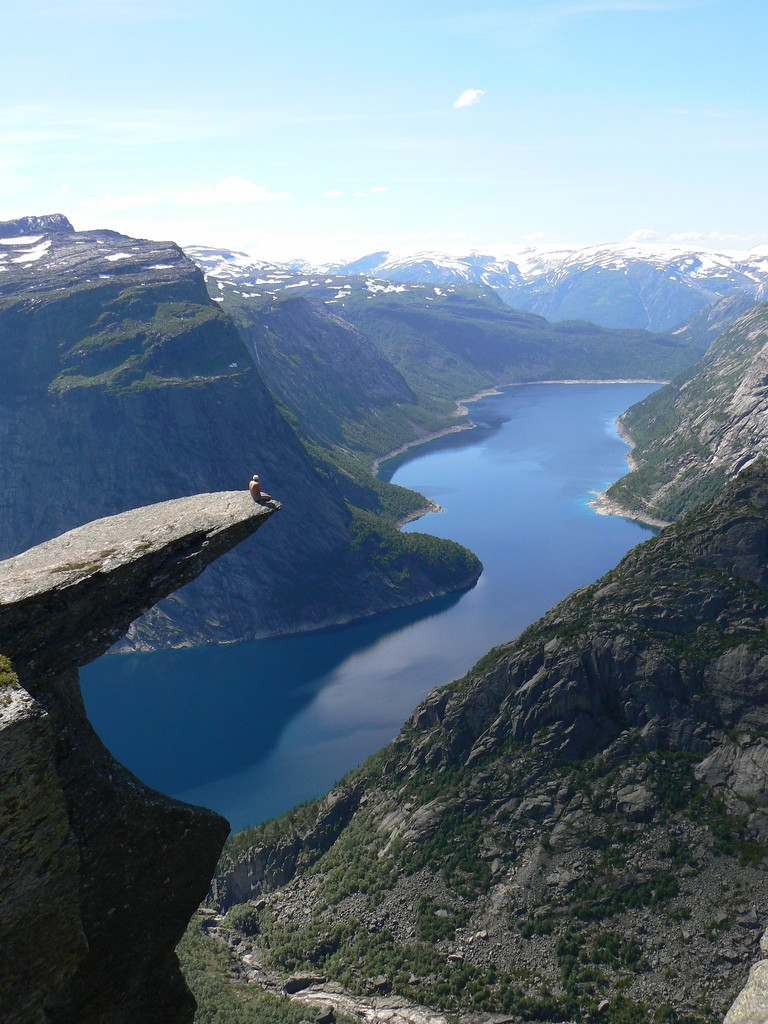 Kjerag or Kiragg is a Norwegian mountain, located in Lysefjorden, in Forsand municipality, Ryfylke, Rogaland. Its highest point is 1110 m above sea level, but its northern drop to Lysefjorden attracts most visitors. The drop is 984 m (3,228 ft) and is just by the famous Kjeragbolten, a 5 m³ big stone which is plugged between two rocks.

Kjerag is a popular hiking destination. Some go there because Preikestolen has become too crowded, some to jump onto Kjeragbolten and quite a lot of BASE jumpers from all over the world go there to dive off the high cliffs. Kjerag is also a popular climbing destination, with many difficult routes going up its steep faces.

The easiest ascent starts from the visitors center Øygardsstølen, with a 2.5-3 hour rather strenuous walk each way. From Stavanger, it is roughly a 2 hour drive (closed in winter season). Or take the touristferry from Lauvvik to lysebotn in summer. The Lyseroad up from Lysebotn is spectacular (closed in winter). The best season for walking is late June to September depending on snow conditions.