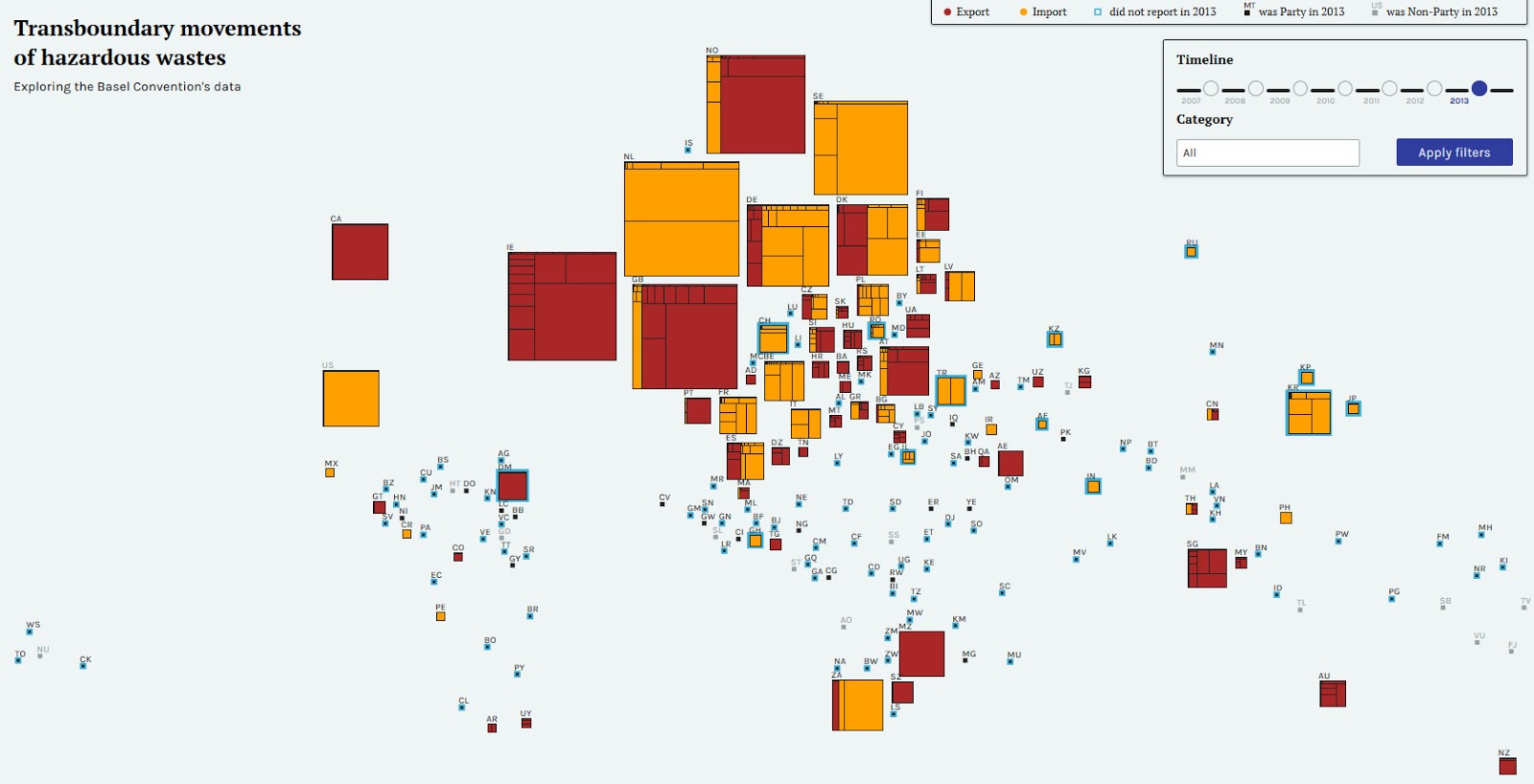 The exact size of the global waste trade is unknown. The most comprehensive mechanism monitoring the cross-border movements of hazardous waste is a UN treaty known as the Basel Convention.

Not all countries take part in the Convention. The U.S. - among the world’s largest generators of hazardous waste - has never ratified it. Currently, the treaty is in force in 183 of the 195 sovereign states recognized worldwide.


Of these, fewer than 50% reports every year on the type and amount of hazardous wastes and other wastes they have exported and imported as recommended by the Convention.

In 1995 an amendment - known as the Ban Amendment - was adopted to stop exports of hazardous waste from member nations of the Organization for Economic Co-operation and Development (OECD), European Union, Liechtenstein and all other states.
The amendment is not yet in force because it must be ratified by 10 more parties. Hazardous waste exports from more to less developed countries are still taking place.