Adjust the temperature of planet Earth using the slide control to view a wildly inaccurate map of how the world might be affected by global cooling. 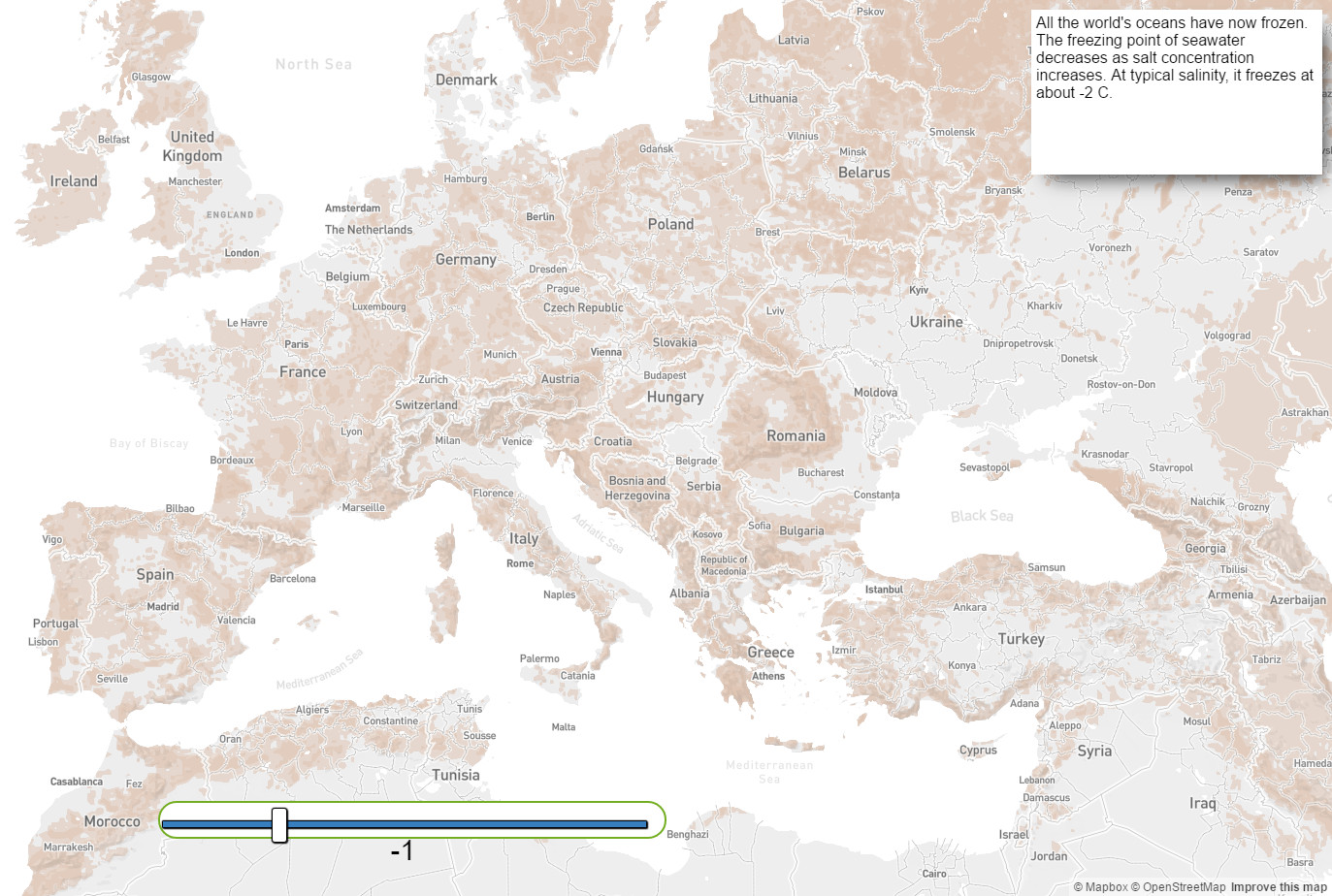 +15°C
The average global temperature of the Earth is around 15 degrees centigrade. Obviously average temparatures vary depending on where you are on planet Earth. The average temperature at the equator is far higher than it is at the poles.

The origin of crops and domestic animals